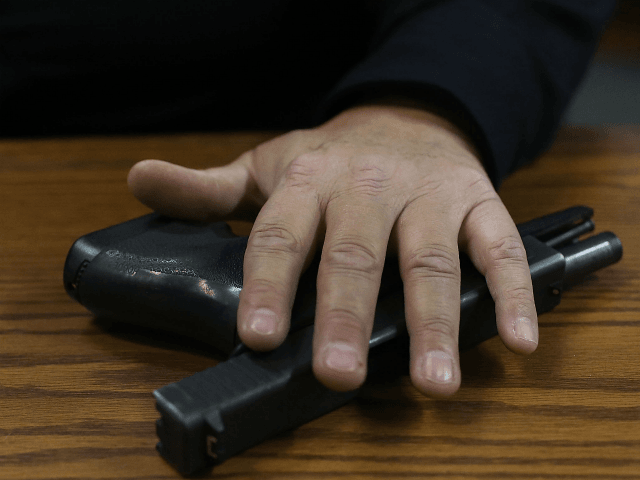 An armed citizen in Kansas City, Missouri, saved a mother of three from assault after hearing “blood-curdling” screams from a car outside his house.

Fox 4 reports that Benjamin Seadorf was inside his home with his children when he heard the screams on Saturday. He said, “She was screaming at the top of her lungs, profusely bawling. She just kept screaming, ‘Help me! Help! Somebody, please help me!’ over and over again.”

Seadorf grabbed his 9mm handgun and ran outside find the woman allegedly being assaulted while in a car at a traffic light. He observed, “As I get close to the vehicle, I noticed her top’s ripped off. No shirt on. Her bra’s halfway off, and her pants were halfway off because he kept grabbing her.”

Police indicate the woman had been trying to escape when Alarick Williams, the father of her three children, allegedly forced the mother “back into the car and [was] strangling her.” Williams allegedly began beating the woman “because she wanted him to drop her off at her cousin’s house.”

The mother’s three children were in the back of the car throughout the incident.

Seadorf pointed his gun at Williams and ordered him to get out of the car and lie on the ground. Williams complied and was quickly arrested by responding officers.

Williams is charged with two counts of domestic assault.