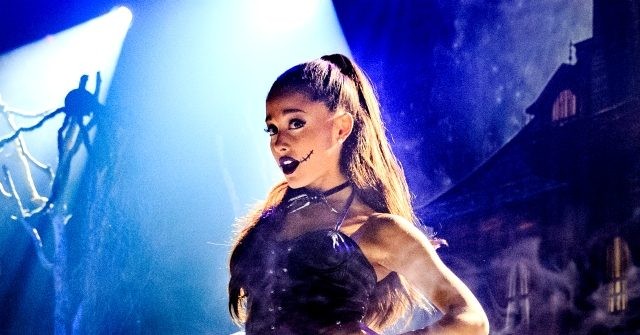 Pop megastar and far-left activist Ariana Grande donated the six-figure proceeds from her sold-out concert in Atlanta, Georgia, to Planned Parenthood shortly after the state passed the Living Infants Fairness and Equality (LIFE) Act, which prohibits abortions once a fetal heartbeat is detected.

“Ariana Grande’s generous donation comes at a critical time — in Georgia and across the country, anti-women’s health politicians are trying to ban all safe, legal abortion,” Planned Parenthood Action Fund President Dr. Leana Wen told People. “This is not what the American people want, nor is it something they’ll stand for.”

“Thanks to inspiring support like hers, Planned Parenthood can continue to fight back — in the courts, in Congress, in state houses, and in the streets — against these dangerous attacks on people’s health and lives,” Wen said. “We are so grateful to Ariana for her longstanding commitment to supporting women’s rights and standing with Planned Parenthood to defend access to reproductive health care. We won’t stop fighting — no matter what.”

Georgia’s abortion law, set to take effect on Jan. 1, 2020 sparked threats from Hollywood studios to pull projects from the state and calls from leftist celebrities urging industry figures to boycott the state.

AMC network, known for The Walking Dead, which films in Georgia, joined Disney, Netflix, WarnerMedia — the parent company of CNN, HBO, and TNT — among other Hollywood actors, producers, and directors who’ve threatened to pull film projects and production out of Georgia over the new abortion law. No major studio has actually pulled a film project amid the threats to do so; threats that are largely predicated on whether or not the courts uphold the law. The ACLU and other organizations are mounting a legal fight to have the law blocked by a judge.

Ariana Grande, who has long demonized and railed against gun owners in America, has spent years promoting the country’s largest abortion provider.

Women need to be educated, healthy, and empowered. #standwithPP pic.twitter.com/0d2JJigIxx