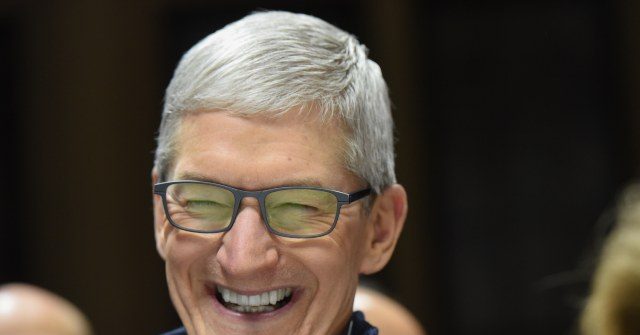 Apple’s anti-Google ad campaign has taken another shot at its Masters of the Universe rival with a huge billboard boasting the company’s privacy record — located directly across the street from Google’s sister company Sidewalk Labs.

Apple has taken another shot at Google via a large billboard located opposite Google’s sister company, Sidewalk Labs, in Toronto, Canada, Business Insider reports. Sidewalk Labs has been criticized recently for plans to build a smart neighborhood along Toronto’s eastern waterfront which will include sensors throughout the town to track people and collect data.

New Apple billboard outside Sidewalk Toronto HQ: “We’re in the business of staying out of yours.” pic.twitter.com/I24iAxkXzZ

Sidewalk Labs, which is owned by Google’s parent company Alphabet, plans to install sensors across the 12-acre waterfront neighboorhood in Toronto that is being named Quayside. These will monitor the movement and behavior of people throughout the area. Sidewalk Labs has called for the creation of an independent trust to prevent companies from selling this data to third parties without peoples consent, but some Toronto residents remain unconvinced of the proposal.

Toronto resident Melissa Goldstein told Business Insider:  “Sidewalk Labs proposing the laws that will regulate their behavior is like the fox proposing the design of the hen house.”

This isn’t the first time that Apple has taken a shot at Google via a large billboard. At the CES tech conference earlier this year, Apple placed a billboard next to the Las Vegas monorail system which had been branded with the “Hey Google,” slogan. Apple’s billboard read: “What happens on your iPhone, stays on your iPhone.”