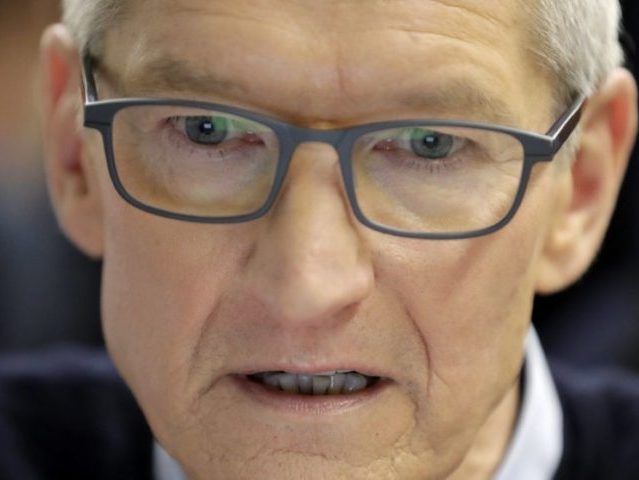 Tech giant Apple is reportedly facing a  potential class-action lawsuit from shareholders for failing to warn them of the lack of demand for new iPhones.

Business Insider reports that the New York law firm Bernstein Liebhard has begun to attempt to gather support from Apple investors for a class-action lawsuit against the tech giant over their failure to warn investors about the lack of iPhone demand. Bernstein Liebhard wrote in a recent press release: “Bernstein Liebhard LLP, a nationally acclaimed investor rights law firm, is investigating potential securities fraud claims on behalf of shareholders of Apple… resulting from allegations that Apple and/or its executives may have issued materially misleading business information to the investing public.”

Currently, it is not clear if the firm actually has any claimants or how far along the investigation is, but the firm is still calling on any disaffected shareholders to reach out to them. Bernstein Liebhard wrote in their press release: “[On] November 1, 2018 during Apple’s fourth quarter 2018 conference call, CEO Tim Cook stated that ‘[o]ur business in China was very strong last quarter. We grew 16%, which we’re very happy with. iPhone in particular was very strong, very strong double-digit growth there.’”

However, it was revealed by Apple this week that the company’s fiscal first-quarter revenue would be 7 percent lower than previously expected, netting the company $84 billion. While this is still quite a large sum, the company expected to bring in revenue between $89 billion and $93 billion. One of the key elements that Apple blamed for this sudden drop in revenue was the lack of interest in upgraded iPhone models and the Chinese economy.

The company published a letter from Apple CEO Tim Cook to investors on their website, which reads:

While we anticipated some challenges in key emerging markets, we did not foresee the magnitude of the economic deceleration, particularly in Greater China. In fact, most of our revenue shortfall to our guidance, and over 100 percent of our year-over-year worldwide revenue decline, occurred in Greater China across iPhone, Mac and iPad.

China’s economy began to slow in the second half of 2018. The government-reported GDP growth during the September quarter was the second lowest in the last 25 years. We believe the economic environment in China has been further impacted by rising trade tensions with the United States. As the climate of mounting uncertainty weighed on financial markets, the effects appeared to reach consumers as well, with traffic to our retail stores and our channel partners in China declining as the quarter progressed. And market data has shown that the contraction in Greater China’s smartphone market has been particularly sharp.

Despite these challenges, we believe that our business in China has a bright future. The iOS developer community in China is among the most innovative, creative and vibrant in the world. Our products enjoy a strong following among customers, with a very high level of engagement and satisfaction. Our results in China include a new record for Services revenue, and our installed base of devices grew over the last year. We are proud to participate in the Chinese marketplace.

CNBC reports that Apple’s market cap is down to around $674 billion while shares have fallen by nearly 40 percent.