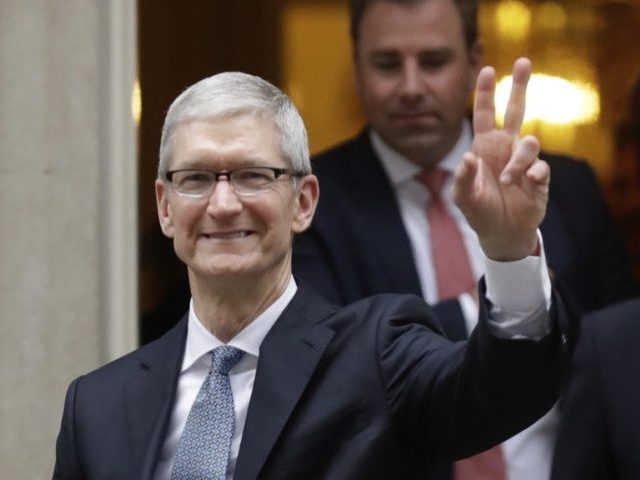 Forbes reports that Apple CEO Tim Cook recently announced a $100 million program to promote racial justice inside the company. Cook’s announcement comes in the wake of the death of George Floyd which has sparked protests and riots across the country.

Cook reportedly plans to expand its recruitment efforts with Historically Black Colleges and Universities (HBCUs), create a camp for black developers, and increase spending with black-owned businesses. Cook stated that Apple would be forming a partnership with the Equal Justice Initiative which is a nonprofit group providing legal representation to prisoners who they believe have been denied a fair trial.

Lisa Jackson, Apple’s VP of environment, policy, and social initiatives will be leading the program. In 2009, Jackson was named the first black EPA Administrator.

Discussing the new initiative, Cook stated: “Growing up in Alabama during the civil rights movement, I saw firsthand that the only thing that ever made lasting and durable change was people of goodwill putting aside comfort and safety to speak up to march to call for accountability and to do what they could to make a flawed society more perfect.”

Cook tweeted a video discussing the new program, which can be seen below:

The unfinished work of racial justice and equality call us all to account. Things must change, and Apple’s committed to being a force for that change. Today, I’m proud to announce Apple’s Racial Equity and Justice Initiative, with a $100 million commitment. pic.twitter.com/AoYafq2xlp