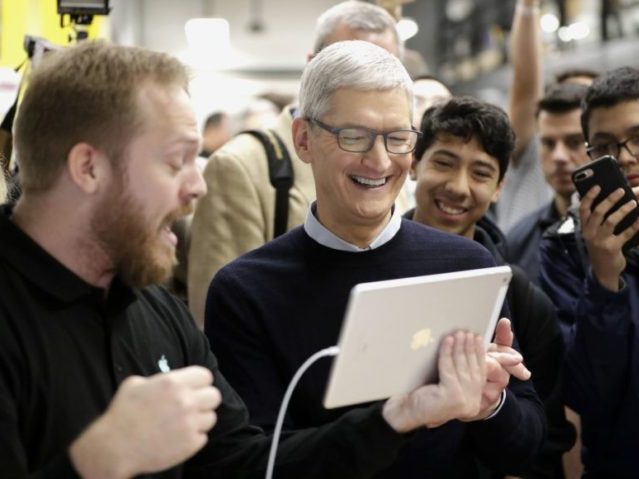 The CEO of Apple, Tim Cook, suggested consumers “don’t believe” tech companies that claim they need access to users’ data. He called the claim made by other Silicon Valley companies that they need data to improve services is “a bunch of bunk.”

In an interview with Vice News Tonight, Apple CEO Tim Cook warned users about the dangers of giving tech companies too much of their own data, and said that any company telling users that the absolutely must access their personal data is spreading a “bunch of bunk.”

During the interview, Cook did not name specific companies but appeared to target Googe and Facebook, which both rely on sharing user data with third parties, when discussing the issue of privacy. “The narrative that some companies will try to get you to believe is: ‘I’ve got to take all of your data to make my service better.’ Well, don’t believe them,” Cook said during the interview. “Whoever’s telling you that, it’s a bunch of bunk.”

While Apple does indeed collect user data, they have been extremely careful about protecting user privacy, to the detriment of certain products such as Siri which is competing with both Amazon Alexa and Google Home, both of which collect extensive amounts of data on users. Cook stated that Apple’s aim is to “collect as little data as possible” and he considers privacy “one of the most important issues of the 21st century.”

Cook further said that he’s not usually a “pro-regulation kind of person,” but that he would happily work with government bodies to educate lawmakers on technology and help ensure that the products produced by tech firms are “great for society.” Cook further told Vice, “I think some level of government regulation is important to come out on that.”

Apple did come under fire for their decision to move iCloud user data in China to servers within the country linked to the Chinese government, which many argued would put Chinese users personal info at risk. However, Cook insisted that Apple’s encryption policies are the same worldwide and Chinese users had nothing to fear. “I wouldn’t get caught up in where’s the location of it,” Cook said. “We have servers located in many different countries in the world. They’re not easier to get data from being in one country versus the next.”

Discussing Apple’s decision to remove Alex Jones and Infowars podcasts from the Apple podcast directory, Cook stated that there was no collusion with other tech firms such as Spotify, Facebook, and YouTube. “We make out decisions independently,” said Cook, who argued that there was “enough there” in Alex Jones’ content that “reasonable people” would agree he deserved to be removed.