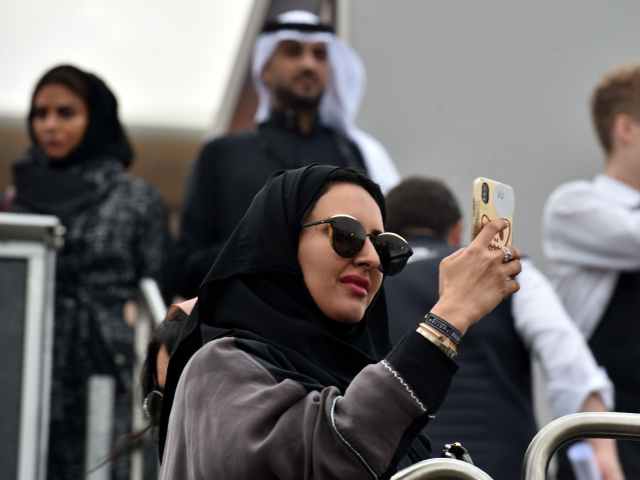 Apple and Google are facing criticism for hosting a Saudi Arabian smartphone app on their platforms which allows men to track women’s movements and “stop them leaving the country.”

According to Insider, the app, named Absher — which is available on Google’s Play Store and Apple’s App Store — is “a government web service which allows men to specify when and how women can cross Saudi borders, and to get close to real-time SMS updates when they travel.”

The SMS feature reportedly notifies men “when a woman uses her passport at a border crossing or airport check-in.”

“Absher also has benign functions — like paying parking fines — but its travel features have been identified by activists and refugees as a major factor in the continued difficulty women have leaving Saudi Arabia,” Insider explained, adding that the app has been “downloaded on Android devices” alone “more than 1 million times.”

Insider further explained that Absher lets male users “decide how many journeys a woman can take,” “how long” a “woman can travel for,” and even provide a list of permissions for the women, which can be canceled at any time.

Human Rights Watch criticized Google and Apple for hosting the app, noting, “Apple and Google have rules against apps that facilitate threats and harassment… Apps like this one can facilitate human rights abuses, including discrimination against women.”

Amnesty International claimed the app was “another example of how the Saudi Arabian government has produced tools to limit women’s freedoms.”

Google and Apple reportedly did not respond to Insider’s report, and the controversial app remains on both platforms.

In December, it was reported that Google was also hosting an Indonesian app which allows users to report incidents of religious “heresy” to the government — which punishes “heretics” severely.