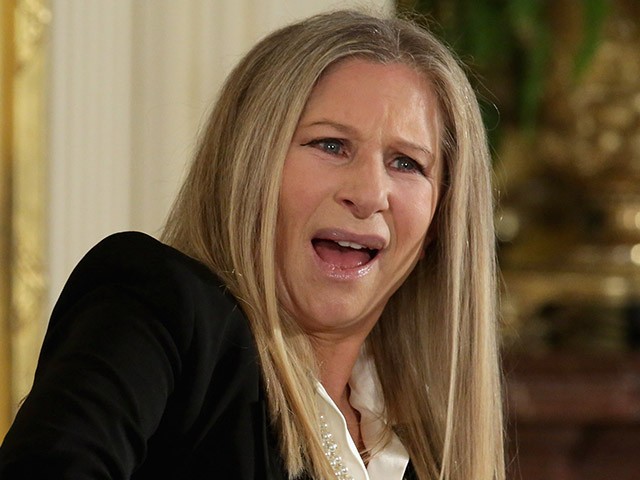 It’s no surprise that fervent Hillary Clinton supporter and longtime Democratic Party fundraiser Barbra Streisand doesn’t think much of Donald Trump. The surprise is that the legendary singer chose to devote much of her new album, “Walls,” to a series of laments about the U.S. president’s policies.

Streisand never mentions the president by name, but she doesn’t have to. Opening track “What’s on My Mind” speaks of her dashed hopes in the current era and asks, “How did we come to this divide?” The next one, “Don’t Lie to Me,” is even more direct, beginning with, “Why can’t you just tell me the truth? Hard to believe the things you say.”

The title track complains about the divisive nature of building walls — a familiar Trump campaign promise — and even picks up Clinton’s campaign theme that it is better to build bridges instead.

As a counterpoint to this gloom, she combines John Lennon’s wistful “Imagine” with the Louis Armstrong classic “What a Wonderful World” and also covers “What the World Needs Now” in a paean to the redemptive power of love.

But those more hopeful tunes don’t really save this offering from its lugubrious tone. Streisand’s vocal range and control are still extraordinary, but the lyrics often fall flat, as in “Lady Liberty,” which calls for the Statue of Liberty to “show us how to stand and feel a little prouder.”

Her magnificent voice, at times quivering with deeply felt emotion, may not be the perfect instrument for expressing pointed political anger, and the soft string accompaniment becomes a bit predictable.

The Trump era will surely produce a strong, outspoken musical response, perhaps from newer artists who have yet to be heard on the national stage, but Streisand here fails to break new ground. “Walls” will likely please her legions of fans — she is one of the most popular recording artists of the last six decades — but may not bring many new listeners to her side.