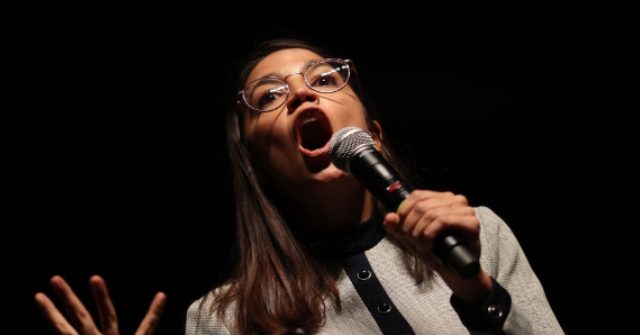 New York Congresswoman Alexandria Ocasio-Cortez (D) took a shot at the Washington Redskins on Twitter Tuesday, suggesting that if the team truly cared about “racial equality” they would change their name.

The Redskins joined dozens of other teams and prominent athletes from across the sports world in the #BlackTuesday. A social media effort to express solidarity with blacks and the Black Lives Matter movement.

The Redskins tweeted the hashtag, but Ocasio-Cortez couldn’t let that happen without taking a shot at the Redskins name.

The captioned tweet gained tens of thousands of likes, retweets, and comments.

The Redskins name has been a constant source of controversy in the sports media and among politicians. However, despite the apparent boundless determination of elites and activists to turn the fuel the controversy until it becomes so intense the team feels compelled to change the name, Native Americans do not share that same passion or aim.

According to a Washington Post poll that was commissioned in May of 2016, 90% of Native Americans do not find the Redskins name to be offensive.