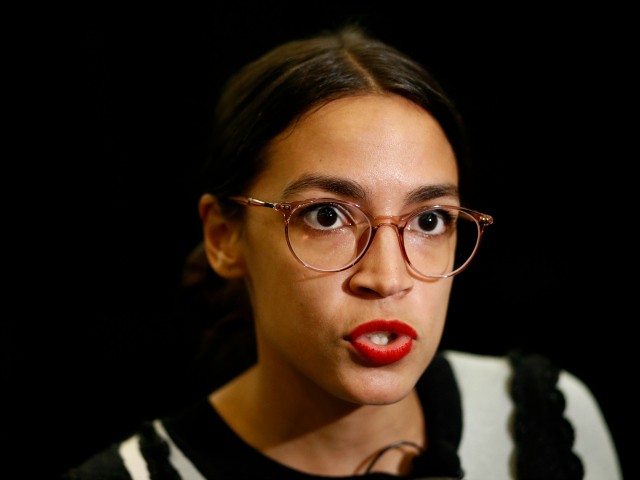 Rep. Alexandria Ocasio-Cortez (D-NY) shared an infographic on Saturday via Instagram with guidance for protesters, which she entitled “PROTESTING SAFELY,” including a warning of “white supremacists” who “may be infiltrating these protests.” Her recommendation came during ongoing demonstrations, protests, and riots in several cities following the death of George Floyd in Minneapolis, Minnesota.

Despite encouraging and supporting unrest, Ocasio-Cortez simultaneously advises her Twitter followers to avoid “public places” due to the coronavirus outbreak:

To everyone in NYC but ESPECIALLY healthy people & people under 40 (bc from what I’m observing that’s who needs to hear this again):

If you are healthy, you could be spreading COVID.

BE SAFE. Here’s our guide on being prepared for safe protests. PLEASE READ ⬇️
.
1. LOOK OUT FOR THINGS THAT DON’T SEEM RIGHT. There are increasing reports and investigations that white supremacists may be infiltrating these protests, breaking windows and destroying property. If anything seems off to you, DOCUMENT IT. Always check who is organizing.
.
2. FOLLOW THE DIRECTIONS OF GRASSROOTS BLACK ORGANIZERS. They have been at this a long time and are disciplined in the ropes of community organizing and demonstration. It IS a discipline. Follow trusted leaders whose goal has been the focused pursuit of justice. If they just showed up, that’s a red flag.
.
3. HAVE A BUDDY. Make sure someone is keeping an eye on you and check in on them.
.
4. STAY SAFE and take care of each other.

Further centralization of political power and enforced material equality should be the response to current unrest, determined Ocasio-Cortez. She said:

So if you want the end of unrest, then you should be asking for measures that actually liberate people in their lives from the oppression of economic and social inequity.