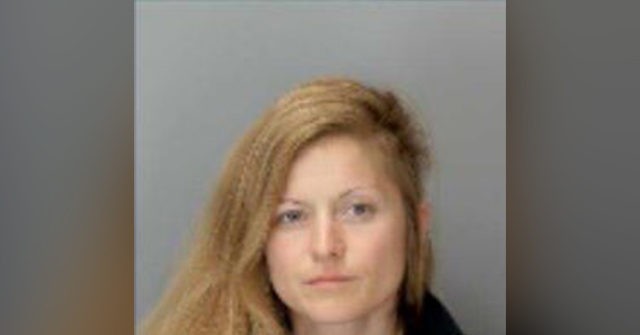 Lacy MacAuley has been part of the protests in D.C. triggered by the death of George Floyd at the hands of Minneapolis police, but her allegiance to Antifa dates back to leftists’ efforts to disrupt the inauguration of President Donald Trump. And despite the media’s ongoing reporting of “mostly peaceful protests” in the wake of Floyd’s death, MacAuley doesn’t rule out the need for violence to achieve political goals.

“That from Fox News,” Garcia-Navarro, said. “MacAuley, who is white, is wearing a tight black shirt and a face covering, but most people are now because of the pandemic. Hers is a black-and-white paisley bandana.”

It may be a shocker to some, but

most of the time, that is.

But you know? Desperate times call for desperate measures, as they say.

Who would we be if we stayed at home while marginalized people are rising up and reclaiming power?

“There aren’t a lot of people who are public who can explain Antifa who are kind of in it,” MacAuley said.

Garcia-Navarro did not mention MacAuley’s participation in the radical left’s plot to disrupt Trump’s inauguration, the Women’s March, or other anti-Trump and anti-American protests, but allowed her to portray Antifia as something positive, including the violence associated with the Floyd protests in the nation’s capital and across the country.

“The [Anti-Defamation League] says Antifa’s embrace of violence can be self-defeating but notes that there have been no murders related to Antifa in the U.S., and most domestic terrorism in the U.S. is linked to right-wing extremists,” Garcia-Navarro said. “Lacy MacAuley is six months pregnant and has a toddler in a stroller with her. And she supports the use of force.”

“In pretty much every, you know, people’s uprising, you’re going to see, you know, rioting and looting and everyday people destroying the symbols of power,” MacAuley said.

54% of Americans think burning down Minneapolis police precinct was justifiedhttps://t.co/pgMNO44UNc

“We’ve seen over the past few days that the protests have become a lot less violent, with a lot less confrontation,” Garcia-Navarro said. “And that seems to be a deliberate tactic that is being developed in some places. Is that something that someone from Antifa could embrace?”

“Antifascists actually protest quote-unquote ‘peacefully,’ like, when it’s actually effective to do so,” MacAuley said. “Remember, people of color have been protesting against oppression in this country for decades and centuries.”

“And has anyone listened?” MacAuley said. “Like, I mean, only, you know, people are listening right now. But if that police station had never been burned down, would we be talking about this right now in Washington, DC?”

MacAuley, who refers to herself and others in Antifa as “political refugees,” also had the opportunity in the NPR interview to claim Trump wants his critics jailed or even exiled.