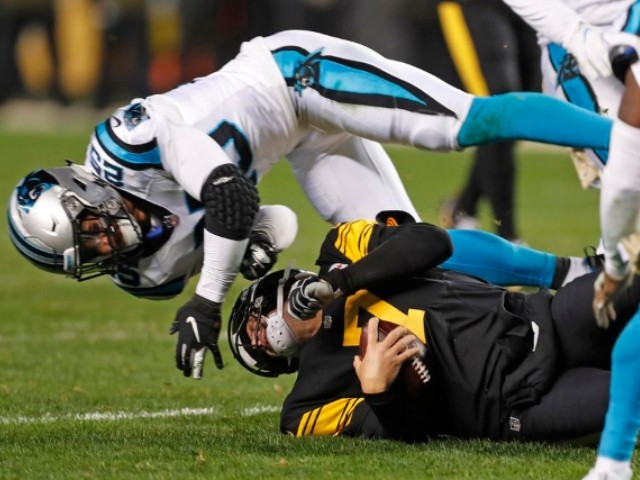 When Eric Reid launched joined Colin Kaepernick in his anthem protests, many football fans suspected that the LSU product would one day be fined by the league. Though, most of those fans likely thought he would be fined for protesting before he got fined for an illegal hit.

Those fans were mistaken.

According to Pro Football Talk, “The NFL has docked the pay of Panthers safety Eric Reid for his hit on Steelers quarterback Ben Roethlisbergerlast week.

Reid was signed by the Carolina Panthers in September, after missing the first few weeks of the season. The former 49er safety joined Colin Kaepernick’s collusion grievance against the NFL in the offseason. In the lawsuit, the players claim that NFL owners conspired to keep them out of the league due to their anthem protests.

Despite being signed by the Panthers, Reid is still allowed to remain part of the grievance. An important hearing in the grievance process is scheduled in the next couple weeks.