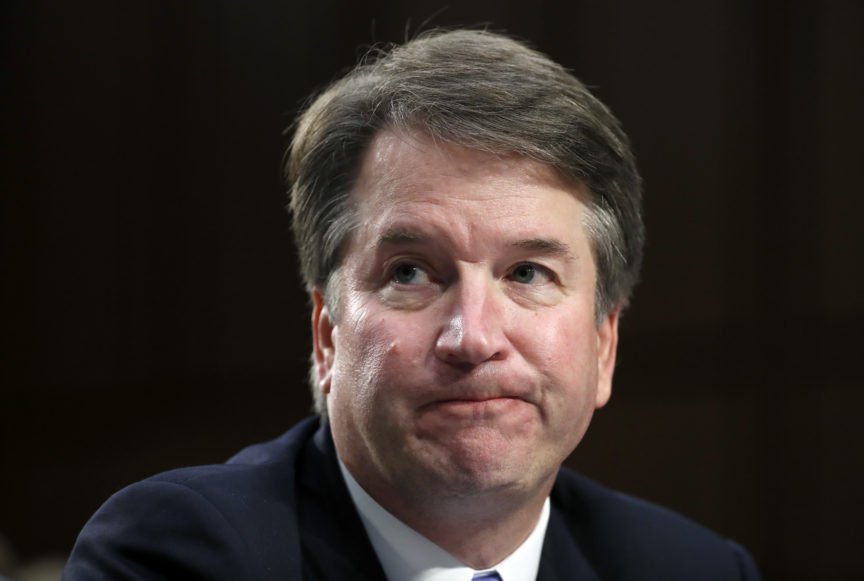 In a statement obtained by Breitbart News, Keyser’s attorney, Howard Walsh, wrote, “Simply put, Ms. Keyser does not know Mr. Kavanaugh and she has no recollection of ever being at a party or gathering where he was present, with, or without, Dr. Ford.” According to the news outlet, Walsh confirmed that his client and Ford are “lifelong friend[s].”

Earlier this week, a staffer for the Senate Judiciary Committee sent a letter the Keyser, notifying her that she was identified as an attendee of the house party where the alleged incident occurred.  “I understand that you have been identified as an individual who was in attendance at a party that occurred circa 1982 described in a recent Washington Post article,” Lauren Mehler, Senior Counsel for the Senate Judiciary Committee for Chairman Chuck Grassley (R-IA) wrote. “Pursuant to our Committee’s investigative practices, we would like to have a confidential phone call with you regarding the allegations made in the article about Judge Brett Kavanaugh.”

Dr Ford’s attorney to @NBCNews: “It’s not surprising that Ms Keyser has no recollection of the evening as they did not discuss it. It’s also unremarkable that Ms. Keyser does not remember attending a specific gathering 30 years ago at which nothing of consequence happened to her” pic.twitter.com/wD0EciQJpc

As Breitbart News reported, two other individuals said to have knowledge of the incident – Kavanaugh’s high school friends, Mike Judge and Patrick J. Smyth – have also denied knowing anything about the recently publicized allegation.

In addition, Patrick J. Smyth issued a statement of his own:

I understand that I have been identified by Dr. Christine Blasey Ford as the person she remembers as ‘PJ’ who supposedly was present at the party she described in her statements to the Washington Post. I am issuing this statement today to make it clear to all involved that I have no knowledge of the party in question; nor do I have any knowledge of the allegations of improper conduct she has leveled against Brett Kavanaugh.

Smyth continued, “Personally speaking, I have known Brett Kavanaugh since high school and I know him to be a person of great integrity, a great friend, and I have never witnessed any improper conduct by Brett Kavanaugh towards women. To safeguard my own privacy and anonymity, I respectfully request that the Committee accept this statement in response to any inquiry the Committee may have.”

Separately, Judge told the Weekly Standard that the allegation against Kavanaugh was “absolutely nuts.”

On Monday, Kavanaugh also denied the claim, releasing the following statement: “This is a completely false allegation. I have never done anything like what the accuser describes—to her or to anyone. Because this never happened, I had no idea who was making this accusation until she identified herself yesterday. ”

Keyser’s denial comes amid reports that attorneys for Ford and committee staffers reached a tentative agreement Saturday to hold a hearing for the professor on Thursday and will hold another round of talks Sunday to pin down more details. However, as the New York Times notes, negotiations could still falter, putting Ford’s testimony in jeopardy, yet again.

In a series of late Friday tweets, the chairman said he would give more time to Ford’s legal team to decide if they would accept the committee’s proposal for Wednesday testimony.

“Judge Kavanaugh I just granted another extension to Dr Ford to decide if she wants to proceed w the statement she made last week to testify to the senate She shld decide so we can move on I want to hear her,” Grassley tweeted. “I hope u understand. It’s not my normal approach to b indecisive.”