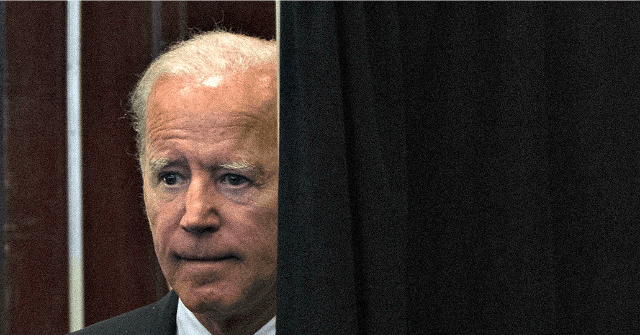 Joe Biden (D) is spending the first day of October off the campaign trail, according to reports.

After spending more than a third of September off the campaign trail, the former vice president kicked off the new month by calling a lid, indicating no press conferences or public appearances for the day:

News: Biden campaign calls a lid for in-person events at 11:20am, per pooler @brittanys.

There’s a virtual fundraiser at 5:00pm.

sure enough! @JoeBiden campaign calls a lid 10:06 am

Biden spent more than one-third of September off the campaign trail:

Tracking Biden Campaign Lid Calls for the month of September. (Date, time & what the pool reporters of the day wrote)

The Democrat presidential hopeful also called a lid on September 28 — the day before the first presidential debate between him and President Trump. His excessive lids prompted Trump last month to point out to Pennsylvania voters Biden’s lack of public appearances.

“They have a thing called the lid, lid. I don’t even know. Do you know what lid stands for? Lid? He put out a lid today early in the morning,” he told supporters in Moon Township, Pennsylvania:

The day off the campaign trail follows Biden’s post-debate train tour from Ohio to Pennsylvania.

“He did what I expected him to do last night,” the former vice president said of the debate during one of his stops. “I think the phrase was, ‘Now he can become really vicious’; that was his phrase.”

“He’s trying to run against somebody other than me,” he continued, explaining that he is not worried about losing the ultra-left after Trump suggested he had. Notably, Biden rejected both the Green New Deal and Medicare for All during Tuesday’s debate.

“I’m not worried about losing the left, right, or the center of the party,” Biden said. “This is a big party.”