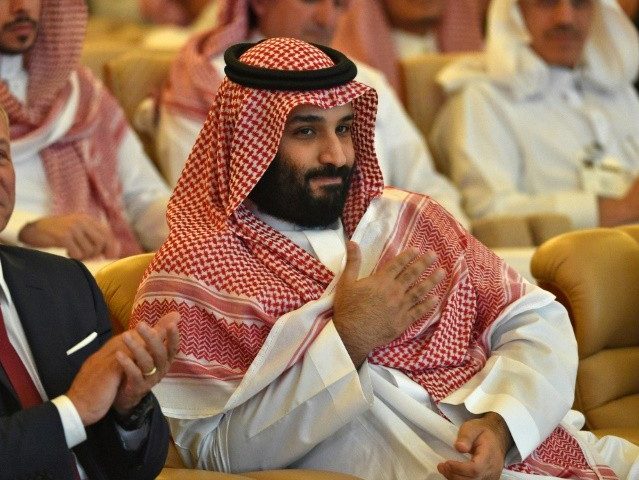 Reuters on Monday cited an assortment of sources from Saudi Arabia and other, unnamed “Arab countries” to paint a portrait of Saud al-Qahtani, a top aide to Crown Prince Mohammed bin Salman (also known by his initials “MBS”) and a likely suspect in the murder of journalist Jamal Khashoggi.

These sources were reluctant to accuse the crown prince of ordering Qahtani to conduct the operation, leading Reuters to conclude he will probably take the fall for Khashoggi’s death.

Qahtani is one of the five high-ranking officials sacked on Friday when the Saudi government admitted Khashoggi is dead for the first time after two weeks of claiming he left the consulate before his disappearance. The other officials who lost their jobs were all military officers holding general or major general ranks. One of them, Deputy Intelligence Chief Gen. Ahmed al-Asiri, allegedly put together the 15-man team sent to Istanbul to confront Khashoggi.

Qahtani is said to have attained the rank of captain in the Saudi air force, although his official role for the past fifteen years or so has involved managing public relations for the monarchy, with a recent specialty in countering the social media influence of Qatar. Among other activities, he created a Twitter blacklist for Saudis sympathetic to Qatar and actually named it “The Black List” in Arabic.

It is not presently clear whether Qahtani is under any sort of detention in Saudi Arabia, but he has tweeted several times since his termination.

The Washington Post noted Qahtani took to social media after his termination to proclaim himself a “loyal servant to this country” and to his “masters” in the royal court and has in the past described himself as a “trustworthy executive to the orders of the king and the crown prince.”

According to the Reuters report on Monday, Qahtani not only managed the social media presence of the crown prince but also masterminded the wave of anti-corruption arrests that left many members of the Saudi elite incarcerated in a luxury hotel. The sources claim he was also instrumental in the detention of Lebanese Prime Minister Saad al-Hariri in 2017, sparking what stood as the worst diplomatic crisis of Crown Prince Mohammed’s reign until now.

Reuters cited numerous sources who said Qahtani personally interrogated Hariri, oversaw his beating and humiliation, and forced him to resign as prime minister of Lebanon. He also allegedly oversaw the interrogations of some of the Saudi royals and officials imprisoned at the Riyadh Ritz Carlton last year.

Reuters’ sources claimed MBS was “emboldened” by the lack of consequences for kidnapping and abusing the president of Lebanon, but the international backlash from Khashoggi’s death proved so intense a fall guy was needed to take the heat and Qahtani fits the bill.

A “high-ranking Arab source with access to intelligence and links to members of Saudi Arabia’s royal court” claims Qahtani used the Microsoft-owned communications program Skype to communicate with the Istanbul consulate through a smartphone carried by senior intelligence officer Gen. Maher Mutreb while Khashoggi was there:

[Qahtani] began to hurl insults at Khashoggi over the phone. According to the Arab and Turkish sources, Khashoggi answered Qahtani’s insults with his own. But he was no match for the squad, which included top security and intelligence operatives, some with direct links to the royal court.

It is not clear if Qahtani watched the entire proceedings, which the high-ranking Arab source described as a “bungled and botched operation.”

The mysterious Arab source and an anonymous Turkish intelligence official told Reuters this Skype conversation is the fabled audio-video evidence of Khashoggi’s murder Turkey reportedly possesses and refuses to share with foreign intelligence services, including the United States. This would seem to contradict earlier reports of a recording made by Khashoggi’s Apple Watch or bugs planted in the Saudi consulate by Turkish spies, although in theory, such recordings might exist in addition to the Skype call. It also contradicts widespread rumors the Turks have shared their audio evidence with CIA officers.

Friends of Khashoggi told Reuters he was contacted by Qahtani several times over the past year, urging him to return to Saudi Arabia and take a job working as a consultant to the royal court. Previous accounts of Khashoggi’s last days have mentioned job offers from the Saudi government. The sources who spoke to Reuters said Khashoggi spoke with Qahtani about the job offer and found him “gentle and polite during those conversations,” but did not trust him.

The overall picture of Qahtani’s ties to MBS is murky enough to potentially firewall the crown prince, provided Qahtani is willing to take the hit for his boss. Some of Reuters’s sources found it highly improbable that MBS would not know about the Khashoggi operation but said it could be very difficult to prove his involvement, while Qahtani fits neatly into the role of overzealous, short-tempered subordinate who ordered a kidnapping that went horribly wrong. His alleged “bring me the head of the dog” order via Skype is proving to be very headline-friendly as global media echoes the Reuters report.