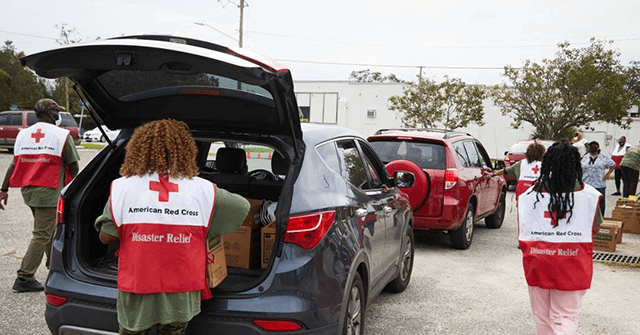 An anonymous benefactor in Charleston recently gave $1 million to the Red Cross of South Carolina, according to a spokesman for the organization.

The woman presented the gift during American Red Cross Month that is commemorated every March, spokesman Ben Williamson told WCSC.

“I feel a commitment to the Red Cross and feel a level of ownership toward our lifesaving mission. It’s part of my volunteer responsibility to engage and educate people about the work that we do,” the donor explained. “It’s not about me. It’s about them, the people we serve.”

The organization made the announcement on its Facebook page Tuesday:

“I feel a commitment to the Red Cross and a level of ownership toward our lifesaving mission. It’s not about me. It’s…

“We are thrilled to accept this gift and excited to save even more lives across the Lowcountry and beyond,” Executive Director of Lowcountry South Carolina, Ashley Henyan commented. “On behalf of the communities, families and individuals we serve, I can only say ‘thank you.’”

During the month of March, the Red Cross honors those who make its mission possible, which is people across the country helping others in times of crisis, according to its website.

“Our Red Cross Month celebration has been an annual tradition since 1943, when President Franklin D. Roosevelt issued the first Red Cross Month proclamation,” the site continued.

In 2020, the South Carolina branch and its volunteers responded to over 1,800 home fires and helped more than 5,100 individuals have a safe place to stay, meals, and emotional support.

The organization also worked with partners to collect over 77,000 units of blood during more than 3,300 blood drives and supported over 4,000 United States service members, veterans, and their loved ones.

“The past year, as we have all faced unprecedented challenges, the Red Cross was there to help those in need every time. Whether it was responding to home fires, collecting lifesaving blood, opening shelters after storms, or lending a hand to our military,” he stated.

“I’m honored to designate the month of March as Red Cross Month, and our state is grateful for its commitment to the people of South Carolina,” the governor concluded.