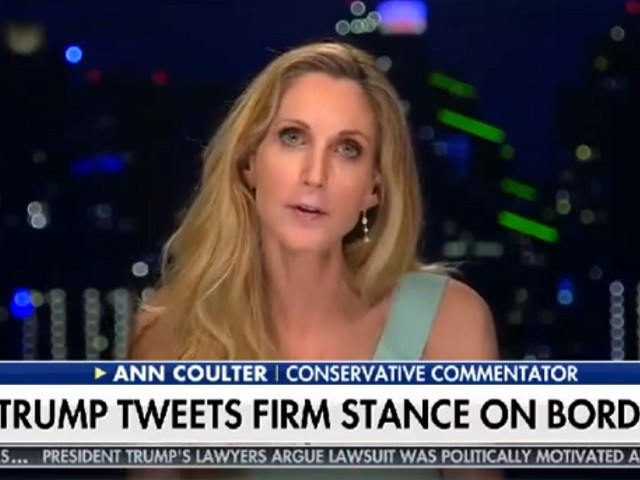 Saturday on Fox News Channel’s “Justice,” conservative commentator Ann Coulter, author of “Resistance Is Futile! How the Trump-Hating Left Lost Its Collective Mind,” warned that if President Donald Trump failed to fulfill his election promises and get a handle on immigration, it will impact on the Republican Party’s ability to win elections in the future.

Host Jeanine Pirro asked Coulter if some of the promises Trump had made on immigration were really going to happen. Coulter replied by saying it better or Texas and Florida may flip Democrat and limit the GOP’s ability to win future presidential elections.

“He says a lot of great things and he better start following through because, I mean, one of the things you were saying about Hillary, and I think all of us have been sorting of sitting back hoping she would run again,” Coulter said. “But, I mean consider that in Texas alone — look at how close those last two elections were — in Texas and Florida. If either of those ever flip, no Republican ever gets elected president again. Three out of four Hispanics in Texas are under the age of 18. So, each day Trump doesn’t fulfill the immigration promises — his voters are dying off and Democratic voters, Hillary’s voters are registering to vote. So, I hope he keeps his promise. This is why we wanted a wall.”