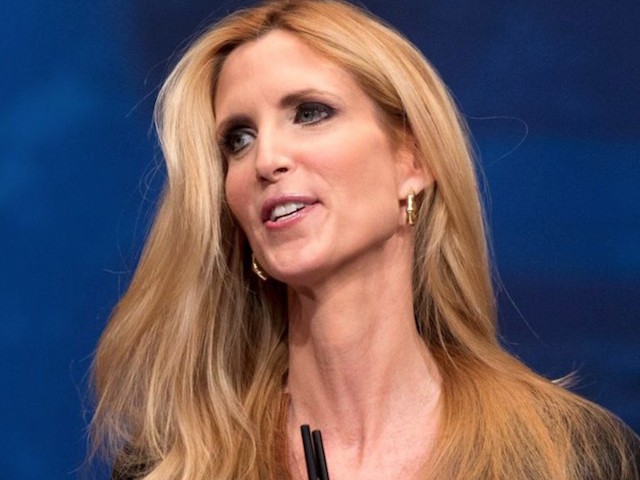 Friday on KABC radio in Los Angeles, conservative commentator Ann Coulter reacted to President Donald Trump saying she was “off the reservation,” during his press conference this morning.

Explaining that building the border wall was Trump’s mandate, Coulter said, “It was one thing, the promise he made every single day at every single speech.”

She added, “So forget the fact that he’s digging his own grave. This is just — look the only national emergency is that our president is an idiot.”

Coulter did praise the president regarding the courts by saying, “In defense of Trump supporters and those who fell for his BS, Trump has been perfectly competent on a much more complicated subject: the judiciary.”