Whenever Donald Trump talks about fake news, there are howls of indignation from the establishment media. We’re told that the very mention of “fake news” is a direct attack on our democracy, that the alternative is “darkness,” that it led to the dismemberment and murder of Jamal Khashoggi, and that, yes, every once in a while there might be a typo, but if you mean the media intentionally report false information, that is dangerous demagoguery. 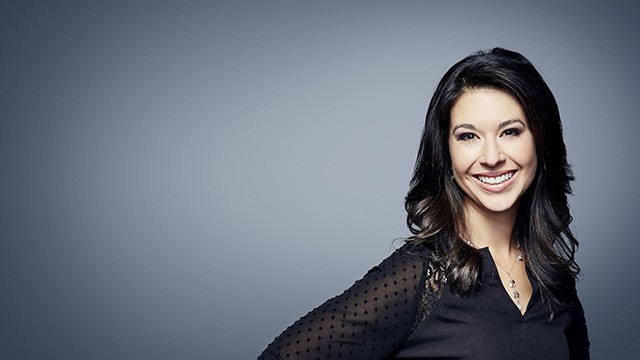 On Sunday night, Cabrera launched a premeditated, vicious, racist lie about President Trump, then proceeded to discuss the false story with a black guest, primed to analyze the fake news.

We’ll slow down the replay in order to follow the ball, so you can see every handoff in the creation of fake news.

A few weeks ago, when Judge Brett Kavanaugh was facing 30-year-old, completely uncorroborated accusations of sexual assault based on recovered memories in order to block his Supreme Court appointment, Trump said, “It’s a very scary time for young men in America when you can be guilty of something that you may not be guilty of.”

How did “white” get slipped in there?

If this were merely a mistake, there are lots of words in the English language that might have been inserted instead of “white.” Why not “radial tire”? Why not “hangnail”? Why not the words “virtuoso” or “champagne”?

Dictionaries are heavy with all of the words that might have been inserted if this were an accident. How could the word “white” inadvertently get slipped into a Trump quote?

Yesterday my show incorrectly quoted a statement attributed to the president and we regret the error. My goal is to always be as accurate as possible and I am sincerely sorry for the mistake.

CNN intentionally told an ugly lie about the most incendiary issue roiling the nation: race. It wasn’t a lie about Trump’s position on tax policy, North Korea, or school vouchers. The network deliberately pushed a racism narrative calculated to incite racial hatred that could get someone killed.

Like a professional jewel thief swiping a Cartier watch so deftly that the guard doesn’t notice, Cabrera launched the lie during a segment that began: “People are talking about a string of recent incidents with racial undertones.”

People are talking about CNN head Jeff Zucker’s split from his wife after 21 years.

People are talking about Chris Cuomo’s behavior at the CNN Christmas party.

People are talking about how Ana Cabrera got her job.

Cabrera then presented two stories about white people falsely accusing black people of doing things they hadn’t done — which was ironic, inasmuch as Cabrera was about to falsely accuse Trump of doing something he hadn’t done.

After a brief word from a black guest, professor Marc Lamont Hill, who said our world is “still shot through with white supremacy,” Cabrera told the lie about Trump:

“President Trump and his son, Don Jr., said this week, white men have a lot to fear right now.”

(His son said no such thing either.)

Cabrera then ran a clip of Saturday Night Live comedian Michael Che’s “take” on the nonexistent quote, in which he injected race into the president’s remarks, calling Trump a “white dude.”

Che: “Come on. Old, rich white dude telling us it’s a scary time in America? That is pure comedy.”

(The absence of a punchline was covered with, “That is pure comedy,” meaning, “Please laugh now!”)

At this point in the program, the lie about Trump transformed into actual presidential policy. Cabrera asked Hill, “Why do you think that is Trump’s strategy?”

Hill went off on the fictional Trump quote, talking about the president’s “racial tribalism.” Again, this was about a Trump statement that had absolutely nothing to do with race — until CNN made it so.

“It stokes white fear,” Hill continued, “saying that it’s a scary time to be a white man because you get accused of something that you didn’t do” — as CNN was accusing Trump of something he didn’t do.

Goebbels would be proud!

If this were an error, it would have been quickly corrected before the first commercial break. It was not corrected because it’s not a mistake; it’s a political strategy. CNN invents fake news to push an ugly narrative about the president’s “racial tribalism.”

That’s why an entire news segment was prepared around the fake quote, with an invited guest asked to comment on something Trump never said.

To those of you with jobs and busy lives, clip this column and keep it in your wallet so you are prepared the next time someone scoffs at Trump’s denunciation of fake news.