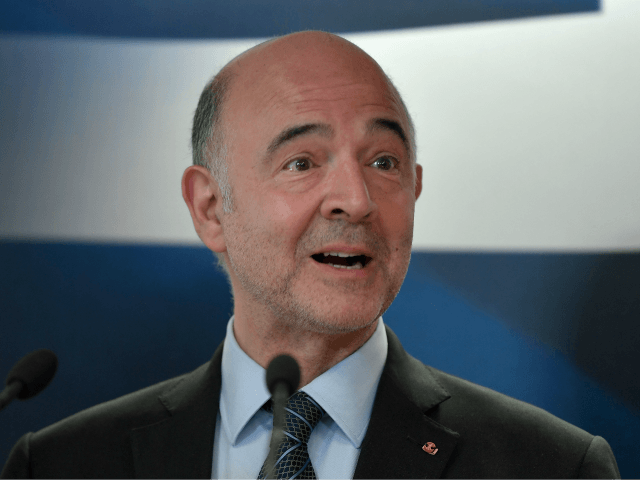 European Commissioner for Economic and Monetary Affairs Pierre Moscovici slammed the populist Italian government as a “problem”, insisting the government should stop spending programmes and propose a “credible budget”.

The EU Commissioner said earlier this week at a press conference in Paris that the Italian economic situation and the budget of the populist coalition was a “problem for the Eurozone”, Il Giornale reports.

According to Moscovici, Italian “growth is in the lower part of the Eurozone, in which the biggest problem is that of a productivity deficit”. He then stressed that the government should reduce public debt claiming that Italy “cannot live” with a 130 percent public debt to GDP.

Moscovici also attacked the populist movement in Europe, in general, saying that the continent was looking at a “climate that looks a lot like the 1930s”.

“Clearly there is no Hitler, perhaps some small Mussolini. History, as Raymond Aron used to say, is tragic. We must prevent it from sinking into its darkest hours,” he added.

While not referring to any political leader specifically as a “little Mussolini”, the comments were rebuked by populist Italian Interior Minister Matteo Salvini who said: “EU Commissioner Moscovici, instead of censuring his France that rejects immigrants in Ventimiglia, has bombed Libya, and has broken European parameters, attacks Italy and talks about many little Mussolinis around Europe.”

“You should rinse your mouth before insulting Italy, Italians, and their legitimate government,” Salvini added.

Five Star Movement leader Luigi Di Maio, the coalition partner of Salvini and the League, also had choice words for Moscovici saying: “They are ignoble judgments of a commission that in 6-8 months will no longer exist because citizens in the next elections are going to send home a good part of the European establishment.”

“The Italian citizens will teach them a lesson at the next European elections,” he added.

The statements by Moscovici follow attacks by his fellow Commissioner Günther Oettinger who said: “In my opinion, the project (European Union) approaches mortal danger.” Pointing a finger at Italy and other governments he said: “Some inside Europe want to weaken it or even destroy it.”

Tensions between Italy and the European Union flared following a failure among EU members to come to a meaningful agreement on migrant issues with the Italians threatening to stop sending funds to the political bloc until a solution is reached.