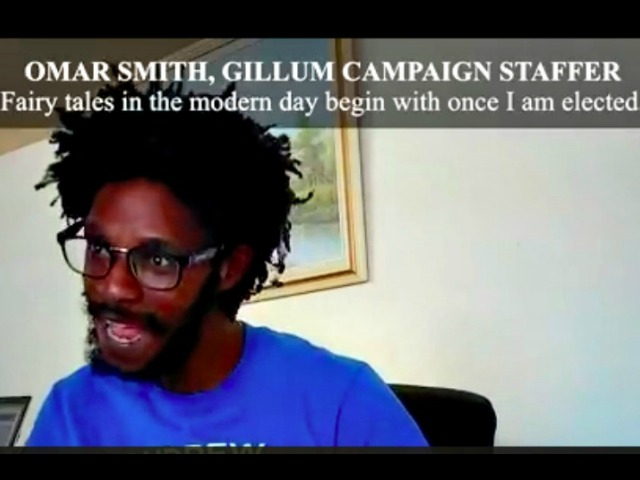 Omar Smith, who is a staffer for Gillum, said that if Gillum is elected “None of the programs that people are hoping for would happen.”

When questioned on whether or not voters knew that, Smith responded, “That’s not for them to know” and insisted that it be kept a secret.

Smith continued by slamming the state of Florida and using racial slurs and referring to white people as “crackers.”

Smith also stated in the undercover video that the campaign has “to appeal to white guilt.”

NEW: The honesty of Gillum’s campaign staff on undercover video is refreshing, especially when it comes to who the real Andrew Gillum is. While trying to appear as a moderate, “Gillum is a Progressive” and “He is a part of the crazy, crazy, crazies.” FULL: https://t.co/G0V1HlyAlz pic.twitter.com/YDWifuIDWv

Smith also called Gillum “a progressive” who is “a part of the crazy, crazy, crazies.”

Adrian Young, who serves as the Community Engagement Specialist for the Florida Democratic Party, exposed Gillum as an individual who does not support the Second Amendment and wishes to push for bans on regularly used firearms.

WATCH: Gillum Campaign Staff on gun control “I don’t think he can say it [be]cause he’s trying to get the moderates” … “three day waiting period for everybody,” “small steps” to ban assault rifles pic.twitter.com/nIwAUvz2YR

“I do think he’s not saying specifically, like, I’m going to ban bump stocks or I’m against ARs, only because he’s running a race right now,” said Young. “I do think he would support anybody doing that stuff, Bill Nelson … But I don’t think he can say it, just cause he’s trying to get the moderates and the gun-toting people in North Florida.”