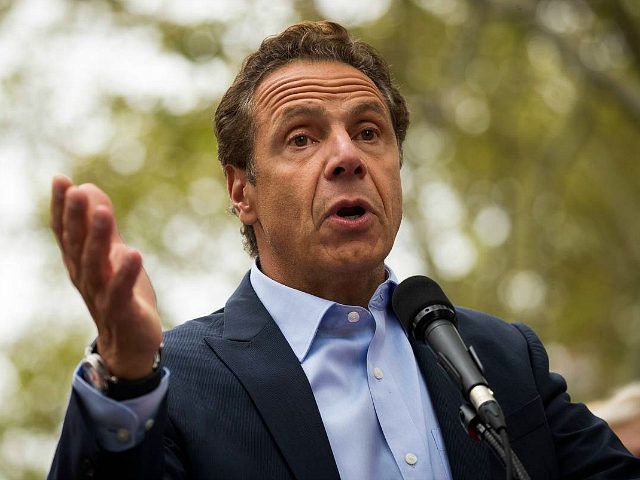 New York Governor Andrew Cuomo claimed in a statement that only “extreme conservatives” and “socialists” oppose New York’s controversial tax deal with Amazon in exchange for the company’s new headquarters, which was won over after New York offered Amazon billions in financial incentives.

“This transaction is a lightning rod for the political rhetoric on both extremes. The extreme conservatives and the socialists both now vehemently oppose ‘incentives’ for Amazon, which is one of the most profitable companies in the country,” Cuomo declared. “Compounding the situation, Jeff Bezos owns the Washington Post and Amazon and is a competitor to many interests currently involved in the discussion.”

Cuomo went on to claim the New York Post is a “representative of extreme conservatives.”

“The New York Post, which is representative of extreme conservatives, says essentially that New York ‘gave Amazon $1 billion.’ Their argument is factually baseless,” Cuomo claimed. “New York State and New York City gave Amazon nothing. Amazon, by our current tax structure, would generate approximately $1 billion per year in new revenue. Our proposal offered that, when and if those revenues are realized, the government would effectively reduce their $1 billion payment by about $100 million for a net to New York of approximately $900 million. New York doesn’t give Amazon $100 million. Amazon gives New York $900 million.”

“On the other side of the extreme, the socialists argue that we gave a $1 billion grant to one of the richest men in the country and that we should have given that money to the poor and the needy. Once again, it is a politically appealing argument; but also, it is once again wrong,” he expressed. “We give Amazon nothing and their revenues give us approximately $900 million annually.”

Last week, Cuomo defended the $1.5 billion in tax credits and $1.2 billion in tax breaks New York gave to Amazon, and declared it, “Cost us nothing.”

The deal was criticized by both conservative and Democrat figures, including Rep. Alexandria Ocasio-Cortez (D-NY) and Fox News host Tucker Carlson.

“Amazon is a billion-dollar company. The idea that it will receive hundreds of millions of dollars in tax breaks at a time when our subway is crumbling and our communities need MORE investment, not less, is extremely concerning to residents here,” posted Ocasio-Cortez on Twitter.