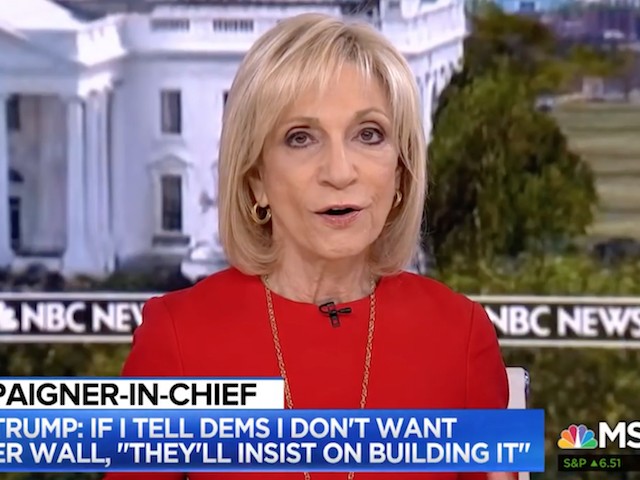 Monday on MSNBC, host Andrea Mitchell said President Donald Trump was “demonizing” migrants by calling them “a caravan” with “500 murderers in the midst.”

PHILIP RUCKER: Yeah, it’s a horrible humanitarian crisis and it has been from the beginning of the family separation policy. And you have parts of the government right now trying to respond, trying to correct this in some way, but it’s clearly not working; you clearly continue to have families struggling that are torn apart, and it’s a real problem at the border. And the president is so adamant in hammering his sort of ideological agenda on immigration that it’s created problems inside the government as ’60 Minutes’ got into.

MITCHELL: To say nothing of the demonizing of all of this by calling them a caravan and — and describing them based on—

RUCKER: Unknown Middle Easterners without any evidence of that.