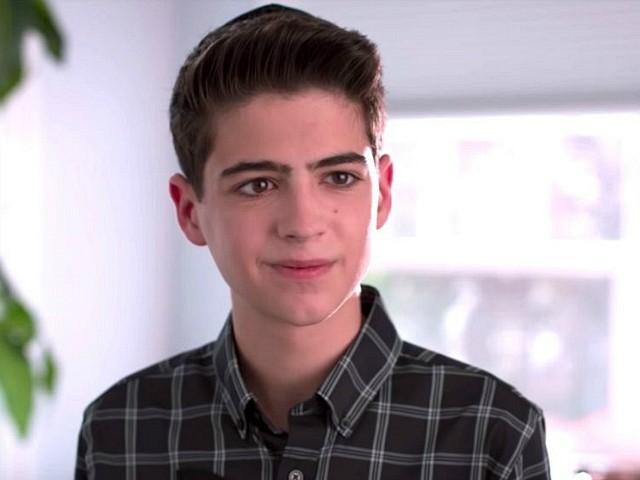 A character for a primetime children’s series on the Disney Channel uttered the words “I’m gay,” marking a first in the network’s history.

The hit series Andi Mack, a coming-of-age show chronicling the lives of tweens, is the top-rated series on American television in its time period among all children ages 6–14. The median age of Andi Mack viewers is 10 years old.

Joshua Rush, who plays the character of Cyrus, an openly gay 13-year-old, told Good Morning America Monday that he believes the show is amazing “because it makes diversity normal.”

LGBT advocates have heaped praise on the Disney Channel for its decision to weave a gay story arc into its series, and GLAAD (Gay & Lesbian Alliance Against Defamation) has nominated the show for a 2019 media award in the category of Outstanding Kids & Family Programming.

“Andi Mack” writer Jonathan Hurwitzh, who is gay and Jewish, said that the coming-out story of Cyrus was inspired by his own life.

“In the writer’s room, I shared a personal story about how nervous I was to come out to a college friend back in 2010,” Hurwitzh told GLAAD. “While grabbing burgers one afternoon, he asked me to pass the ketchup, so I handed him the bottle while mumbling the words, ‘I’m gay.’”

“He looked up at me, said ‘Cool,’ then proceeded to put ketchup on his burger as if I hadn’t just revealed my most personal, deepest truth,” he said.

Every day is a blessing working on this show. This milestone is just another stitch in a rich and vibrant tapestry that is Cyrus Goodman. https://t.co/dTSBdop7UJ

Something nearly identical happens in Friday’s episode of Andi Mack.

The scene takes place during the shiva of Cyrus’s recently deceased grandmother, Bubbe Rose, attended by the show’s lead characters.

Cyrus explains to his best friend, Jonah, the traditional Jewish food served at the buffet table.

“That, of course, is Aunt Ruthie’s kugel,” Cyrus said. “That’s your classic bagel and lox. That’s gefilte fish, skip that.”

Jonah, played by actor Asher Angel, responds with a smile.

“Andi Mack is a story about tweens figuring out who they are,” said a Disney Channel spokesperson in 2017, and “everyone involved in the show takes great care in ensuring that it’s appropriate for all audiences and sends a powerful message about inclusion and respect for humanity.”

The series has had its share of scandals, however.

Last December, actor Stoney Westmoreland, who played the grandfather of Andi Mack’s title character, was charged with six felony counts after authorities said he tried to have sex with a 13-year-old boy.

According to reports, Westmoreland was arrested after he took a car to meet the boy so they could go back to his hotel room.

The actor has since been dropped from his role in the Disney show.