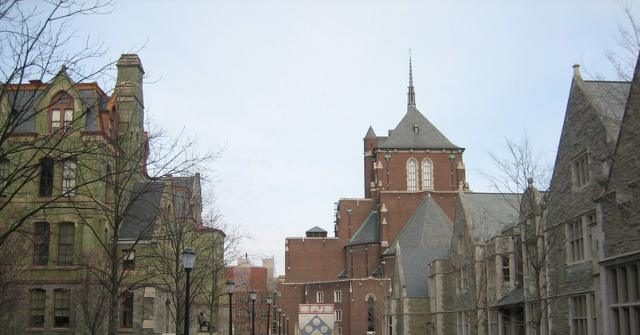 An analysis published this week revealed that Democrats outnumber Republicans on the faculty at the University of Pennsylvania at a ratio of 13 to 1. Only 14 members of the UPenn faculty are registered as Republicans.

According to a report by Campus Reform, Democrats significantly outnumber Republicans on the faculty at UPenn. An analysis conducted recently into the political affiliation of the faculty at the university revealed that the Ivy League institution may need to increase its ideological diversity.

Breitbart News reported in January that college professors are significantly more likely to donate to Democratic candidates. A study conducted by the National Association of Scholars revealed donated to Democrats over Republicans at a ratio of 95 to one.

Breitbart News reported in August that the University of Pennsylvania accepted a $3 million dollar gift from a shell company based in Hong Kong. The university has reportedly accepted $70 million in gifts from individuals and organizations associated with the Chinese government since 2017.