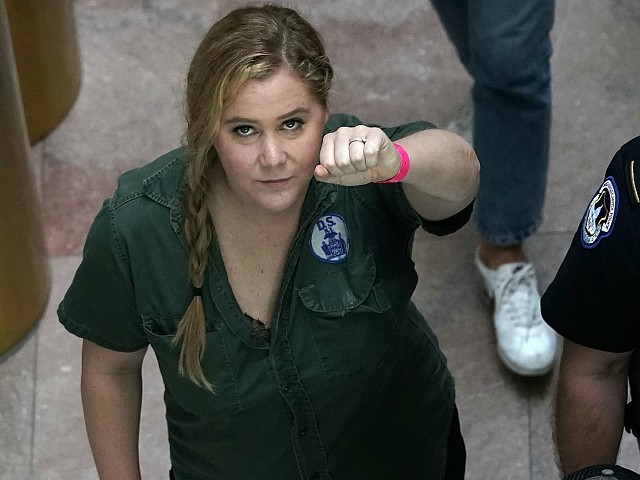 Actress Amy Schumer said at a stand-up show this weekend that her recently announced pregnancy was “all the more reason” for her to protest Justice Brett Kavanaugh’s Supreme Court nomination.

People reports that Amy Schumer said that her finding out that she was pregnant “was all the more reason I wanted to go” to the protest.

The I Feel Pretty star was among the reported dozens of activists arrested during the Anti-Kavanaugh protests, as was actress Emily Ratajkowski.

Schumer was among the reported dozens of activists arrested Thursday, as was actress Emily Ratajkowski also said on Instagram that she was arrested at the protest.

Before she was arrested, Schumer told the crowd of protesters that “a vote for Kavanaugh is a vote saying women don’t matter.”
“That’s what we’re going to do. We’re going to keep showing up. And no matter how this goes, they cannot keep us down,” Schumer said. “We will win. Let’s stay together. Let’s fight. Let’s keep showing up.”

.@amyschumer: “A vote for Kavanaugh is a vote saying women don’t matter.” pic.twitter.com/UYKdlMKZ4A