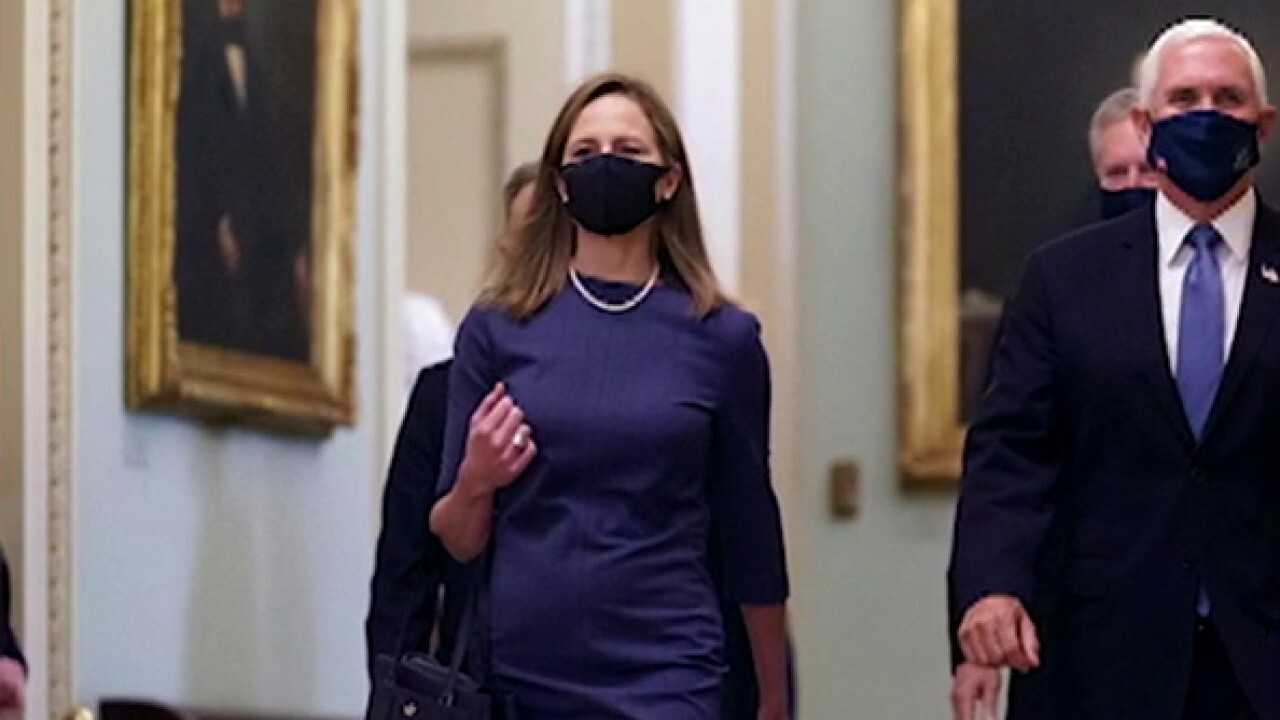 Committee Chairman Lindsey Graham, R-S.C., announced the formal hearing on Barrett’s nomination, which is set to begin on Monday, Oct. 12, on Capitol Hill and last through Thursday, Oct. 15.

Graham’s announcement comes hours ahead of the president’s discharge from Walter Reed National Military Medical Center on Monday. The president was admitted on Friday after testing positive for the novel coronavirus. The president is continuing to fight COVID-19, but will resume his treatments from the White House, his medical team said Monday.

Fox News previously reported that Senate Republicans hoped to begin the hearings on Oct. 12, but Graham made the scheduling official on Monday.

Senate Democrats are likely to seek ways to impede the confirmation as much as possible, especially in light of the coronavirus outbreak at the White House, which many say stemmed from the White House Rose Garden event to nominate Barrett in late September.

“If it’s too dangerous to have the Senate in session it is also too dangerous for committee hearings to continue,” Senate Minority Leader Chuck Schumer, D-N.Y., wrote in a statement Saturday, after Senate Majority Leader Mitch McConnell, R-Ky., announced that the full Senate will not return until Oct. 19.

Democrats have also objected to a confirmation so close to the election, citing  McConnell’s refusal to consider President Barack Obama’s nominee Merrick Garland in 2016.

McConnell, though, has said that it is a different situation as the White House and the Senate are not held by opposing parties.

Republicans, though, appear to have the votes to move forward and confirm Barrett. Republicans have 53 votes in the Senate and can therefore afford three defections if no Democrat votes for the nominee. In that instance, Vice President Mike Pence would be called in to break a tie.

So far, only Sens. Lisa Murkowski, R-Alaska, and Susan Collins, R-Maine, have indicated they oppose moving forward with a confirmation before the election. Murkowski has since suggested she still may vote for the nominee.

Republicans are hopeful that they can get Barrett confirmed to the high court before Election Day.

Meanwhile, Barrett completed the committee’s questionnaire last week, which was made public and spanned 65 pages.

The questionnaire asked Barrett to reveal whether anyone involved in her nomination process at the White House or in the Senate had discussed with her any pending or specific cases, legal issues, or questions that could “reasonably be interpreted as seeking any express or implied assurances concerning your position in such a case, issue or question.”

She also was asked if she made “any representations to any individuals as to how you might rule as a justice if confirmed,” to which she responded: “No.”