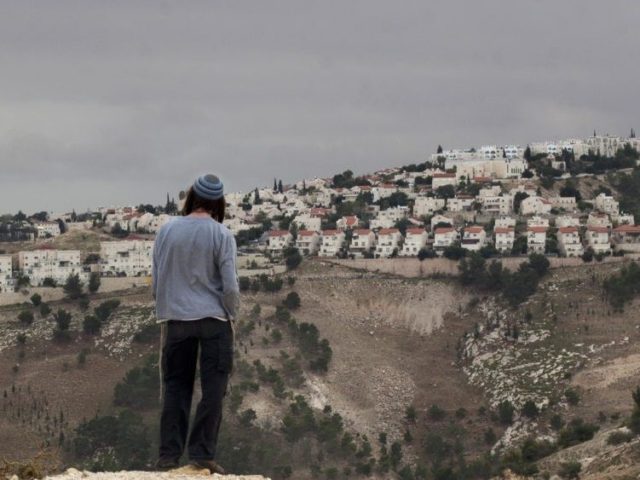 Amnesty International told digital tourism sites Wednesday that listings from Israeli settlements in the West Bank should be immediately banned.

They are doing so despite knowing that Israel’s occupation of the West Bank, including East Jerusalem, is governed by international humanitarian law under which Israeli settlements are deemed illegal.

In doing business with settlements, all four companies are contributing to, and profiting from, the maintenance, development and expansion of illegal settlements, which amount to war crimes under international criminal law.

Amnesty called on Airbnb to immediately implement its ban and to extend it to east Jerusalem, which Israel captured along with the West Bank in the 1967 Mideast War.

As Breitbart News previously reported, Israel has long fought against any efforts to delegitimize the Jewish state.

Israel opposes the “occupied” label, and has referred to the land in international forums as “disputed.” The framework for all previous peace proposals, each of which was rejected by the Palestinian Authority, did not call for an entire Israeli evacuation from the West Bank.

Palestinians never had a state in the West Bank and they are not legally recognized as the undisputed authorities in those areas. Jordan illegally occupied and annexed the West Bank and eastern Jerusalem from 1948 until Israel captured the lands in a defensive war in 1967.

“It is an outrageous decision,” stated Dayan. “And it is a discriminatory decision with anti-Semitic flavor, at least, to discriminate. This is not about the policy of the (Israeli) government. It is discriminating again Israeli citizens. Jewish citizens, by the way, because they keep publishing properties in Judea and Samaria owned by non-Jews.”

“We cannot accept that decision and we have to confront that and make sure that the management of Airbnb changes that decision,” he said.

Israeli officials were quick to condemn the latest Amnesty report.

“Amnesty has become a leader in the anti-Semitic BDS campaign, and tonight’s report on Israel is an outrageous attempt to distort the facts, deny Jewish heritage and delegitimize Israel,” Strategic Affairs and Public Security Minister Gilad Erdan said in a tweet.

The World Jewish Congress said it was disheartened by Amnesty’s report and called on it to shift its focus back to human rights.

“Amnesty International is a serious and respected human rights organization, whose work to stop abuses around the world should never be underrated, but its singular focus on corporate entities doing business in Israeli settlements is gravely misguided,” said WJC CEO and Executive Vice President Robert Singer.

“If Amnesty wishes to involve itself in the Israeli-Palestinian conflict, it should center its attention on the real human rights abuses ongoing in Palestinian territories, and not attack corporate businesses who strive to bridge divides and build peace through global tourism and interaction.”

Many Israelis are also angered by the fact that the Jewish state has been singled out by digital rental sites which advertise listings in  disputed territories around the world, including the Moroccan Sahara, Tibet, Crimea and Turkish-occupied Cyprus.