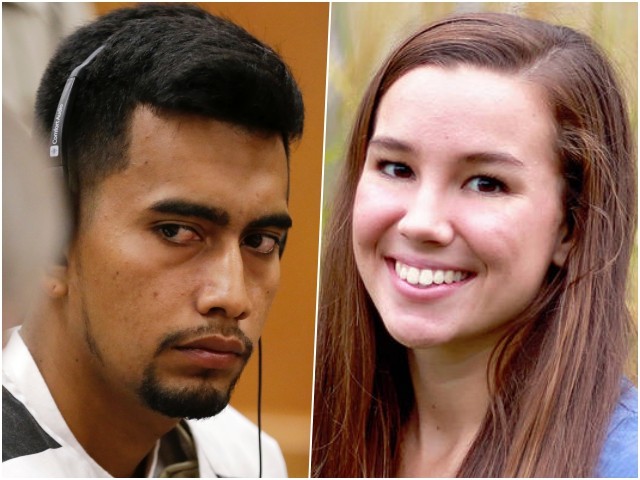 The judge handling the Mollie Tibbetts murder trial is being requested not to allocate any more taxpayer money toward the illegal alien accused of killing the young woman.

More than 200 Americans, according to the Associated Press, have sent postcards to Judge Joel Yates requesting he not give any more American taxpayer money to 24-year-old illegal alien Cristhian Bahena-Rivera, accused of killing Tibbetts.

In September, law enforcement officials announced that Tibbetts’ body was found in a cornfield in her rural hometown of Brooklyn, Iowa after she was last seen jogging on July 18.

Bahena-Rivera, an illegal alien from Mexico, has been charged with first-degree murder in Tibbetts’ death after police say he admitted to confronting and chasing down the young woman. The illegal alien lived in a region of Iowa that was surrounded by sanctuary cities, as Breitbart News noted, and an initial autopsy report revealed that Bahena-Rivera allegedly stabbed Tibbetts to death.

The group Secure America Alliance organized more than 200 Americans to send letters to the judge in the murder case asking that Bahena-Rivera stop being rewarded with taxpayer money to fight the charges against him.

Americans made the request after Bahena-Rivera was granted $5,000 in taxpayer money by the court, money to which the illegal alien’s defense attorney says he has a “constitutional right”.

The postcards ask Yates not to “award any more taxpayer money for a deluxe legal defense for an illegal alien.”

As Breitbart News recently reported, new details reveal that Bahena-Rivera admitted to police that it was, in fact, his car that had been photographed in the location and around the time that prosecutors say Tibbetts went missing.

The following month, Tibbetts’ body was found in a cornfield, where prosecutors say Bahena-Rivera placed corn stalks over her to hide her body.