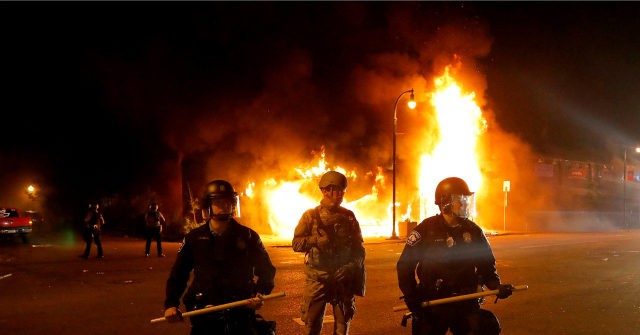 Citizens across the nation are coming together to rebuild their communities in the aftermath of the protests and riots.

“You want to see the real Reno, it’s right there,” Nevada Gov. Steve Sisolak (D) said Sunday as neighbors and local officials painted over graffiti and boarded up buildings whose windows had been smashed the night before.

Reno Mayor Hillary Schieve also praised their efforts and called them “a sight to see,” adding that those who took part in damaging the city on Saturday would be prosecuted.

Hundreds gather in downtown Reno to help clean up last night’s messes. THIS is the community we love. 💜 pic.twitter.com/Esc5AcurAn

In Seattle, Washington, volunteers also gathered to pick up debris and board up broken windows over the weekend, according to Breitbart News.

“It’s totally gratifying and so wonderful and heartening to see all of these people out here. Volunteers helping to clean up the destruction, and the graffiti, and all of the damage from last night,” she continued.

Saturday, conservative activist Scott Presler shared video footage of neighbors in Minneapolis, Minnesota, using shovels and brooms to clean up outside a storefront that had been vandalized:

It makes my heart so happy to see people cleaning up Minneapolis.

I’d like to think that our cleanups helped inspire this work. pic.twitter.com/6imEqiciCY

A woman sweeping trash off the sidewalk Monday in Santa, Monica, California, told Breitbart News that her neighbor inspired her to help rebuild the community following a protest the day before.

“I’m kind of still in shock over it, so I’m just gonna do what we can do to help, you know. We’re the helpers,” she said.

“I’m hoping this gets out so other people, in Santa Monica, the locals come and start sweeping up and cleaning too. Because that’s what we can do,” she concluded.

Other volunteers told Breitbart News that they began cleaning up the area at sunrise because they wanted to be “part of the solution.”