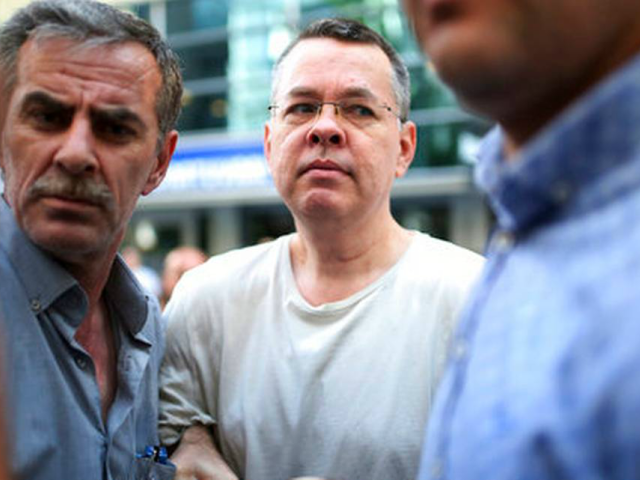 American pastor Andrew Brunson marked his second year imprisoned in Turkey on Sunday. Ankara accuses him of terrorism in connection to the failed coup in 2016, an allegation that U.S. President Donald Trump’s administration refutes.

Sen. James Lankford (R-OK) renewed his call for the release of Brunson on Sunday, exactly two years to the day after Turkey imprisoned the pastor.

The Republican senator declared in a statement issued on Sunday:

Today is a solemn reminder that it has been two full years that a NATO-ally is unjustly holding a US citizen, Dr. Andrew Brunson. President Trump and Vice President [Mike] Pence have been staunch advocates for releasing Dr. Brunson, and I urge them to impose additional sanctions and take other appropriate action if Turkey does not release Dr. Brunson immediately. Our nation prefers to work with Turkey, but we are first committed to protect the safety of Americans.

Lankford introduced a bipartisan bill in July demanding that Turkey end the unjust detention of American citizens. The bill would suspend international loans to Ankara until it releases American hostages.

At the beginning of August, Trump’s Treasury Department slapped sanctions on Turkey over Brunson’s detention.

On Sunday, Turkey’s Haberturk newspaper published an editorial suggesting that the likelihood that Turkey will release Brunson had increased in recent months.

The op-ed noted that it is in Ankara’s best interest to use the pastor as a bargaining chip to improve its strained relations with the United States.

The pastor’s lawyer has filed several appeals to no avail.

Brunson’s next court hearing is October 12. He is facing up to 35 years in jail.

The U.S. has refused Turkey’s request to extradite Gulen.

Jacqueline Furnari, Brunson’s daughter, said in remarks last month that the indictment describes her father’s crime as “‘Christianization,’ essentially equating it to terrorism and espionage and it is, for the most part, based on secret witnesses’ testimony.”

The Trump team has advocated persistently for Brunson’s release, leading to an intense economic showdown between the two NATO allies. In August, the U.S. slapped sanctions on an array of Turkish officials and on some goods, sending the Turkish currency into freefall.

However, Brunson is not the only American behind bars in Turkey on questionable charges. Several Turkish-American citizens, including a NASA scientist Serkan Golge and several workers from the United States Embassy in Ankara too are languishing in prison under government accusations they were connected to the Gulen group