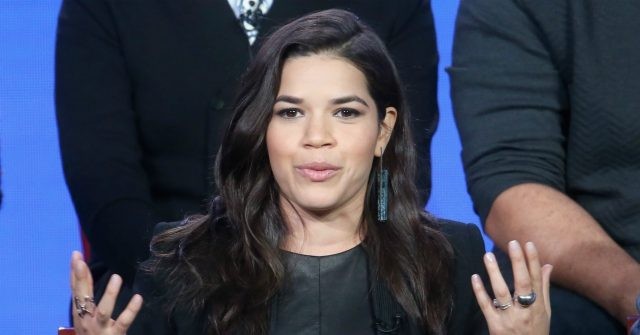 Actress America Ferrera is urging Hispanics to vote early in a series of ads for the Democratic National Committee (DNC), that see the Ugly Betty star warning that there is a “lot on the line” for their community in this presidential election.

“It has never been more important for you to exercise your right to vote than this year. There’s a lot on the line in this election, especially for our community,” Ferrera says. “The best way to guide our country’s future is to vote early.” The ads, which were recorded in both languages, will be broadcast in English in Wisconsin, Minnesota, North Carolina, Arizona, Florida, Pennsylvania, Michigan, and Georgia, and in Spanish in Arizona and Florida.

“Thankfully, there are so many options to vote before Election Day this year,” she continued. “Please go to iwillvote.com, make your plan to vote, and make sure your friends and family do too.”

Despite being produced by the DNC, the ads do not specifically urge viewers to vote for Joe Biden over Donald Trump. Although Hispanic voters generally lean Democrat, there are concerns among the party’s strategists that Trump is proving more popular with Latinos than in 2016, partly because of his administration’s hardline policies against rogue socialist states such as Cuba, Venezuelan, and Nicaragua.

Meanwhile, Ferrera, who is of Honduran descent, has no doubts about her political leanings. A longtime Democratic supporter, she has campaigned vigorously against the Trump administration’s policies on immigration. Speaking at the Women’s March in 2017, she complained that a platform of “hate and division” had taken control of the White House.

“It’s been a heartrending time to be both a woman and an immigrant in this country,” she declared at the rally, held days after Trump’s inauguration. “Our dignity, our character, our rights have all been under attack, and a platform of hate and division assumed power yesterday.