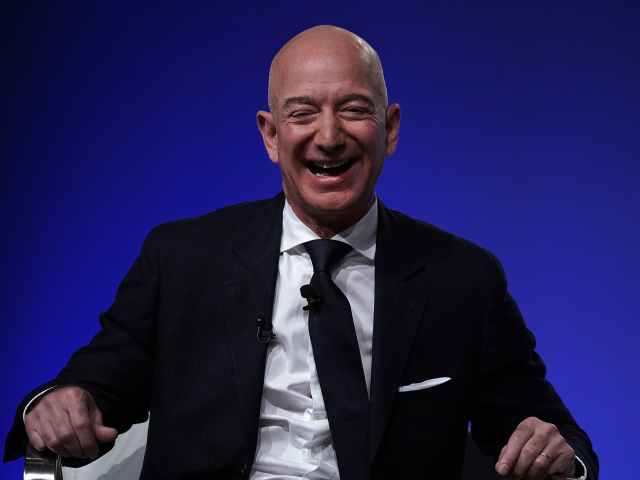 Amazon experienced “record-breaking” Christmas sales this year, with its Alexa-powered home assistant devices among the company’s best sellers according to a report.

Amazon revealed that “more items” had been “ordered worldwide than ever before,” with Amazon Worldwide Consumer CEO Jeff Wilke declaring, “This season was our best yet, and we look forward to continuing to bring our customers what they want, in ways most convenient for them in 2019.”

In July, it was reported that Amazon is set to capture fifty percent of the U.S. e-commerce market, and President Trump has repeatedly expressed concerns over the company’s growing monopoly.

According to Business Insider, “tens of millions of customers signed up” for Amazon’s subscription service Prime this Christmas season, while “one billion items were shipped with Prime in the US.”

Amazon’s controversial Alexa-powered Echo Dot home assistant was among the company’s bestsellers, and “Alexa, turn on the Christmas tree,” was reportedly the most popular Alexa request.

Amazon’s home assistant devices were involved in a number of controversies this year, including major privacy violations.

One “error” granted a man access to another Amazon Alexa user’s 1,700 voice recordings, and in another error, an Amazon home assistant device secretly recorded a family’s conversation before sending it to a stranger.

Amazon’s home assistants are also reportedly vulnerable to hijacking, while one woman allegedly became afraid of her device after it told her it was going to be okay after hearing her crying.