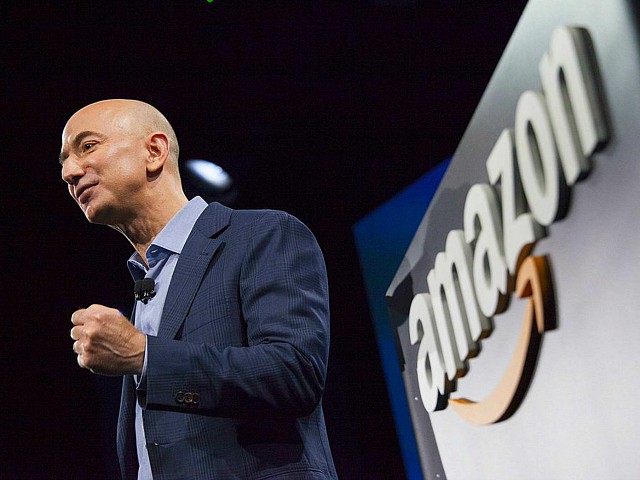 Amazon is moving into the private brands business, which will allow manufacturers to make products for Amazon’s private collection exclusively.

According to Quartz, the e-commerce giant “is inviting manufacturers to create products exclusively for its collection of private brands.”
“Brands created through the accelerator will be exclusive to Amazon, but not owned by it. Manufacturers will create, produce, trademark, and own the products they offer,” Quartz explained, adding, however, that the program could “threaten the third-party sellers who do business on its website, and are important to the company’s own bottom line.”

In a statement, Jeff Bezos’ company, which is reportedly on track to capture fifty percent of the United States e-commerce market, claimed the program would create “new opportunities.”

“Amazon Accelerator creates new opportunities for manufacturers and offers a way for them to launch brands and products directly to Amazon customers,” an Amazon spokesman claimed. “For customers, this program adds products to our assortment and allows us to offer an even wider selection of high quality products at a great value.”

This week, eBay accused Amazon of conducting an “unlawful and troubling scheme” to steal merchants from its platform.

“We have uncovered an unlawful and troubling scheme on the part of Amazon to solicit eBay sellers to move to Amazon’s platform,” eBay declared, after an investigation revealed at least fifty Amazon employees engaging in the practice. “We have demanded that Amazon end its unlawful activity and we will take the appropriate steps, as needed, to protect eBay.”

As previously reported, President Trump has repeatedly expressed his concerns over Amazon.

“I have stated my concerns with Amazon long before the Election. Unlike others, they pay little or no taxes to state & local governments, use our Postal System as their Delivery Boy (causing tremendous loss to the U.S.), and are putting many thousands of retailers out of business!” declared President Trump in March.

“Towns, cities and states throughout the U.S. are being hurt – many jobs being lost!” he expressed.