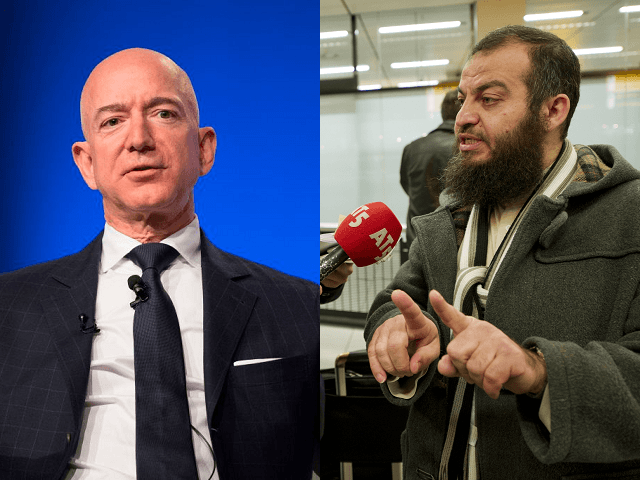 Amazon has been funnelling cash to a Salafist ‘charity’ led by an Islamic scholar described as “one of the most dangerous men in Britain” by counter-extremists, a British newspaper has claimed.

The Jeff Bezos-led retail giant allowed the Muslim Research and Development Foundation (MRDF) founded by Saudi-born Haitham al-Haddad into its Amazon Smile programme, which allows customers to donate a percentage of their purchases to charity, according to a Times investigation.

A series of controversial statements by the Salafist scholar — a graduate in Islamic law from the University of London’s School of Oriental and African Studies (SOAS) — have been compiled by The Times, advancing a range of hardline views.

These include claims that adulterous women should be stoned to death, and that he has, in fact, received “many requests from Western women… begging me to help them to find their way to a Muslim country to be stoned to death” so they could “avoid punishment in the afterlife” — although it is not revealed whether he actually did facilitate any voluntary executions of this kind.

“It is the Islamic punishment. What does the UK government want? Do they want Muslims to change their beliefs?” he demanded.

Amazon has claimed al-Haddad’s organisation was cleared by the Charity Commission but that a “full review” is being conducted, while a spokesman for the Salafist insisted he had been taken “out of context”.

The Times also quotes al-Haddad as advocating arranged marriages “The earlier the better, especially for girls”, and adding that it is “not necessarily a problem, biologically, if a girl of 12 or 13 becomes pregnant”.

Abuse within marriage of any kind, he argues, should not be interfered with: “Muhammad said that a man should not be questioned why he hit his wife. Because this is something between them. Leave them alone… a father should not ask his daughter why she’s been beaten or hit by her husband.”

The scholar has also branded homosexuality “an evil crime” and advocated death sentences for apostasy “in an Islamic state, once the conditions are met”, as well as female genital mutilation and full-face veils for all women, including Western women — “When they tell you it’s a barrier to integration, you should say: ‘Yes, it is against integration. So what? I don’t want to integrate with you’.”

He has also argued that a 2011 tsunami in Japan was divine punishment — “Allah allowed it to happen to punish the Japanese for their refusal to submit to him” — and that, similarly, Nelson Mandela is “in the fire of hell… for his failure to worship Allah.”