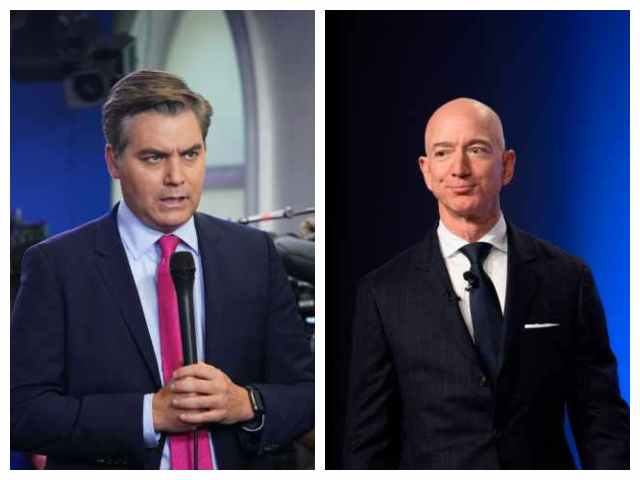 A video of Alexa’s description of Acosta went viral after a man filmed himself asking his device, “Who is Jim Acosta?”

“Abilio James Acosta is an American fake journalist who is currently the Chief White House Correspondent for CNN,” the device replied.

Alexa…. Who is Jim Acosta?

Following complaints, Amazon reportedly fixed the description, which was based on Acosta’s Wikipedia page.

Amazon/Alexa PR tells me they have fixed the issue that led to Alexa devices defining Jim Acosta as “an American fake journalist.” The issue apparently stemmed from a change made to Acosta’s Wikipedia page, which has since been locked due to vandalism: https://t.co/WWxU7AvYbv

only took 2 days to fix!

Google currently features information from Wikipedia at the top of many search results in its own prominent box.

In May, Google briefly listed “Nazism” as the official ideology of the Californian Republican Party, based on false Wikipedia information, while in August, Google displayed German Chancellor Angela Merkel as the “leader of the free world,” again due to Wikipedia information.

In July, during a House Judiciary Committee hearing, Rep. Darrell Issa (R-CA) called out Google for relying on and promoting unreliable Wikipedia information which is often inaccurate.

“When Google was a younger company, it was a blue box reference company, meaning that by definition, what you did was, when you Google search something, what I would end up with was a list of places that I could then click on and go to,” Issa declared. “In the case of Wikipedia, currently, Google is using Wikipedia… scraping the information, and essentially using it almost as its own content, meaning you’re providing not a link to this site, but you’re in fact putting their information out as your information.”

“Since Wikipedia is an external, fairly broad in many cases, list of people, sometimes with political biases that will deliberately distort or do bad things to a site… how are we to hold you accountable, when instead of being a search source you are in fact scraping the information?” he continued. “When you absorb the content, aren’t you absorbing the responsibility? And in the case of Wikipedia, clearly you are not scrubbing the content… Shouldn’t we hold you responsible at least to the level of care that newspapers — ever so poorly — are held to?”