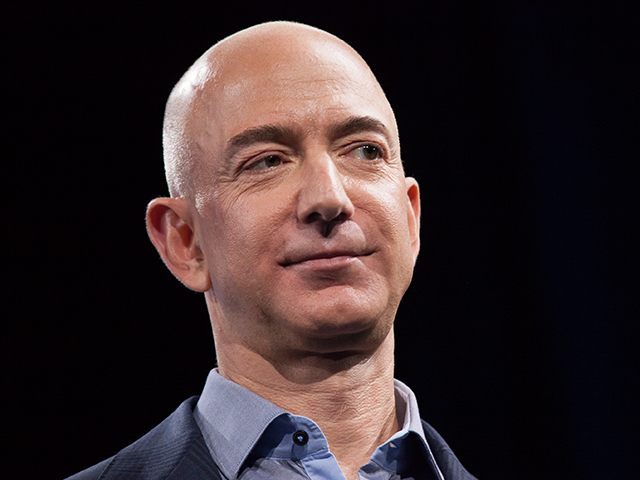 Amazon has joined the chorus of corporate leaders attacking Georgia’s election law by calling on states to “follow Virginia’s leadership,” instead. According to Amazon spokesperson and former Obama Press Secretary Jay Carney, “efforts to disenfranchise black people and other minorities continue to this day.”

“It has been fifty-six years since the Voting Rights Act became law, yet efforts to disenfranchise black people and other minorities continue to this day,” said Amazon spokesperson and former Obama White House press secretary Jay Carney in a statement on Thursday.

“The ability to vote is one of the most prized fundamental rights in American democracy, and Amazon supports policies that protect and expand those rights,” Carney added.

The Amazon spokesperson went on to praise “the Commonwealth of Virginia” for its Voting Rights Act of Virginia, which was approved by Virginia Governor Ralph Northam (D) on Wednesday.

“I am happy that the home state of our second headquarters, the Commonwealth of Virginia, is taking monumental and historic action to enhance voter protection,” Carney wrote. “This truly is a model that other states and Congress should follow to ensure all Americans can participate in free, fair, and secure elections.”

“Amazon already has 27,000 employees in the Commonwealth, and we are looking forward to hiring 25,000 more as we grow our HQ2,” he added. “Innovative and thoughtful policies like this are one of the many reasons we are proud of our current and expanding footprint in Virginia.”

Carney then called out “other states,” who he alleges are trying to restrict voting rights, and urged them to “follow Virginia’s leadership.”

“We oppose efforts in other states aimed at restricting the ability of Americans to vote, and we call on those states to follow Virginia’s leadership by expanding voter protection instead,” Carney said.

The move has sparked outrage among left-wing activists, who consider the legislation an attack on minorities, suggesting that members of the black community cannot figure out how to acquire a photo ID, among other bizarre assumptions.

Meanwhile, Major League Baseball (MLB) has reacted to Georgia’s voting reform law by announcing it will move its All-Star Game from Atlanta. Apple CEO Tim Cook has also reacted, telling Axios that voting should be “easier than ever,” in the modern age.