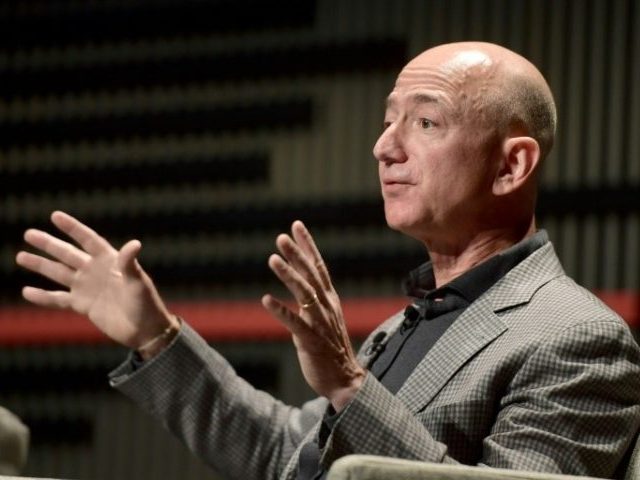 The billionaire owner of Amazon and the Washington Post, Jeff Bezos, has stated that it “doesn’t make sense” for Amazon to refuse to work with the Department of Defense on military projects.

Following protests by employee-activists across multiple companies, including Microsoft and Google, Amazon CEO Jeff Bezos has stated that it “doesn’t make any sense to me,” for the company to refuse to bid on Department of Defense contracts, such as the recent JEDI cloud computing project.

The Wall Street Journal reports that Bezos added: “If big tech companies are going to turn their back on the U.S. Department of Defense, this country is going to be in trouble.” In June, thousands of Google employees signed a petition asking company executives not to bid on Department of Defense contracts because Google should not be involved in “the business of war.”

In response to this, Bezos stated: “one of the jobs of the senior leadership team is to make the right decision even when it’s unpopular.” Bezos has openly stated his disdain for President Trump and has entirely opposite ideologies to the President when it comes to issues such as immigration. Bezos stated: “This country is a gem. There aren’t other countries where everybody is trying to get in. I’d let them in if it were up to me. I like them. I want all of them in.”

But even Bezos agrees that America’s military needs to be strong and working with the DoD is not something that should be particularly politically charged. “I know everybody is very conflicted about the current politics in this country,” Bezos said, but it “is a great country, and it does need to be defended.”