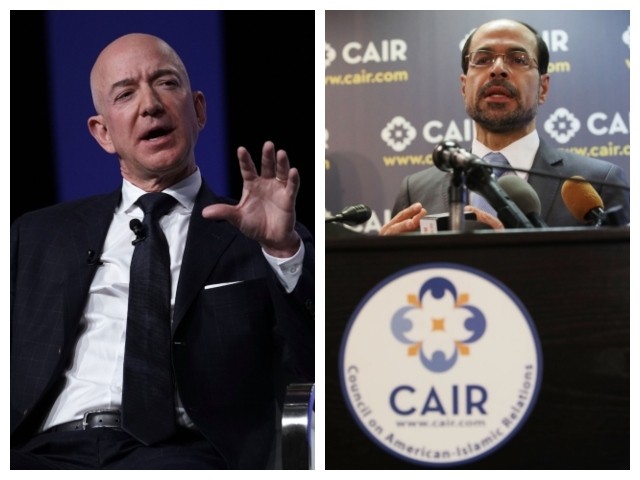 Amazon has banned the sale of Islam-themed bath mats and doormats following complaints from the Council on American-Islamic Relations (CAIR).

According to Business Insider, the online marketplace “removed multiple products featuring verses from the Quran,” following complaints from CAIR, which claimed the products allowed the Quran to be “disrespected by customers.”

On Thursday, in a press release, CAIR called on Amazon to remove the products.

“The Council on American-Islamic Relations (CAIR), the nation’s largest Muslim civil rights and advocacy organization, today asked online retailer Amazon to remove a number of doormats and bath mats imprinted with Islamic calligraphy, references to the Prophet Muhammad and verses from the Quran, Islam’s holy text,” CAIR announced. “CAIR said it received complaints about the items offered by Amazon seller Emvency that are offensive to Muslims because the Quranic verses and other Islamic references would be stepped-on or otherwise disrespected by customers.”

In its press release, CAIR also provided a list of the offending products, and encouraged readers to contact Amazon– publishing a phone number for the company.

“All sellers must follow our selling guidelines and those who do not will be subject to action including potential removal of their account,” declared Amazon in response, removing the items.

Ibrahim Hooper, a spokesman for CAIR, proclaimed, “My gut feeling is that at least for the bath mats, shower curtains, and stuff like that, it’s these companies just slapping these designs on everything without even thinking about it… But there are others crossing the line into intentional Islamophobia. Some of the companies have things like toilet seats. I mean come on, why else would you do that?”

In 1997, complaints from CAIR led to Nike removing a product from sale because some claimed: “the logo resembled the word ‘Allah’ written in Arabic script.”

“In exchange for the sales ban and an apology, the Council on American- Islamic Relations (Cair) will urge Muslims around the world not to boycott Nike products,” the Independent reported at the time. “The company also agreed to donate a $50,000 (pounds 31,000) playground to an Islamic elementary school in the United States.”

CAIR, whose leaders donated thousands of dollars to Hillary Clinton in 2016, has been listed as a terrorist organization by the United Arab Emirates.