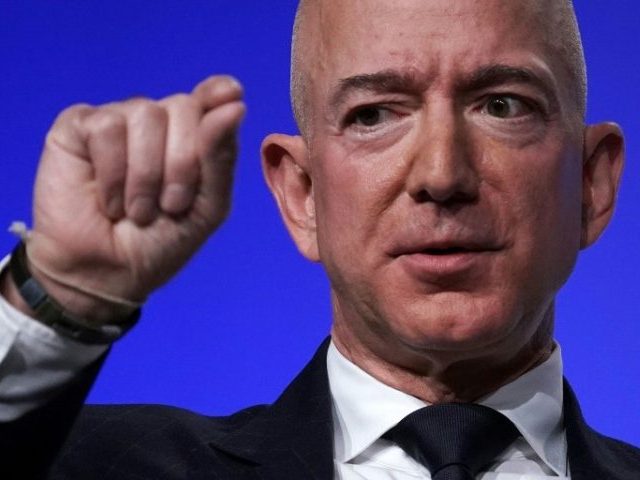 E-commerce giant Amazon has issued a surprising apology, promising to find a solution to the issue of its delivery drivers being forced to urinate in bottles due to a lack of bathroom breaks. In its apology, which is very rare for the e-commerce behemoth, Jeff Bezos’ company calls its statements on the matter an “own-goal.”

GeekWire reports that e-commerce giant Amazon has issued a surprising and rare apology, backtracking heavily on comments it made on Twitter last week in repose to Rep. Mark Pocan (R-WI) in which the company disputed well-documented claims that workers were often forced to urinate in bottles while working due to a lack of bathroom breaks.

The official “Amazon News” media relation Twitter account recently made headlines when it pushed back against well-documented allegations that Amazon workers have been forced to urinate in bottles due to the company’s strict working schedules. Breitbart News has reported extensively on this topic and the response to Amazon’s tweet.

1/2 You don’t really believe the peeing in bottles thing, do you? If that were true, nobody would work for us. The truth is that we have over a million incredible employees around the world who are proud of what they do, and have great wages and health care from day one.

Amazon stated on Friday that the tweet from the Amazon News account was “incorrect” and “did not contemplate our large driver population and instead wrongly focused only on our fulfillment centers.”

The company also stated that the tweet was not properly reviewed and called its process “flawed.” Amazon did defend itself from some criticism, stating that drivers having trouble finding restrooms  “is a long-standing, industry-wide issue and is not specific to Amazon.”

The company added in its apology: “Regardless of the fact that this is industry-wide, we would like to solve it. We don’t yet know how, but will look for solutions.”

This was an own-goal, we’re unhappy about it, and we owe an apology to Representative Pocan.

First, the tweet was incorrect. It did not contemplate our large driver population and instead wrongly focused only on our fulfillment centers. A typical Amazon fulfillment center has dozens of restrooms, and employees are able to step away from their work station at any time. If any employee in a fulfillment center has a different experience, we encourage them to speak to their manager and we’ll work to fix it.

Second, our process was flawed. The tweet did not receive proper scrutiny. We need to hold ourselves to an extremely high accuracy bar at all times, and that is especially so when we are criticizing the comments of others.

Third, we know that drivers can and do have trouble finding restrooms because of traffic or sometimes rural routes, and this has been especially the case during Covid when many public restrooms have been closed.