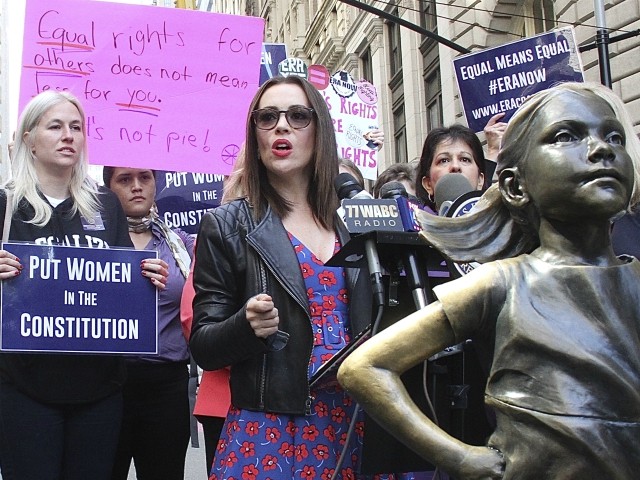 In an open letter to President Trump published in Bustle Monday, actress Alyssa Milano warned that she won’t let him “get away with this.”

The 45-year-old actress continued to lambast President Trump for what she called his attempt to repeal Obamacare and cutting taxes for Americans. Milano warns him that the midterms are coming up and that “health care voters are not backing down.”

“Across the country, we are are speaking out, sharing our stories, and mobilizing our fellow Americans to vote. Today, there are thousands of health care advocates literally taking to the streets in rallies and events across the country to stand up for our access to affordable health care,” Milano, the star of Netflix’s Insatiable, writes.

Milano tweeted her open letter, telling President Trump she isn’t afraid of him.

My open letter to you, @realDonaldTrump.

You do not scare me. And I won’t let you get away with this. https://t.co/uZYZiqf0Q8

Milano also claims that Trump “[attacks] children with disabilities” as well as “people like myself who live with mental illness and who fight every day for the treatment that we deserve.”

“But in the face of your hate, we are not going anywhere,” she continued, concluding the article by saying that she “cannot wait to submit my ballot and change the tide in November.”

Milano’s left-wing political push has hit a fever pitch since Trump’s election. She recently starred in an online video urging people to stop the confirmation of Supreme Court nominee Brett Kavanaugh, saying, “We have to call our senators. It’s not a done deal so we have to bang down their doors and share our stories.”

My video explains why.

Please watch and share. I promise it is worth your time.

I can’t think of a better way to spend #WomensEqualityDay then by calling your senators—(202) 224-3121! #UniteForJustice pic.twitter.com/XkWYRUBwk5

She also blamed Russia when a Democratic candidate lost a special election in August.

You know what sucks?

Because of our unwillingness to pass policy that protects our election integrity, I immediately think the Green Party votes tonight are Russian meddling.

Why else would anyone cast a protest vote in Ohio when there’s so much at stake?#OH12

“You know what sucks? Because of our unwillingness to pass policy that protects our election integrity, I immediately think the Green Party votes tonight are Russian meddling. Why else would anyone cast a protest vote in Ohio when there’s so much at stake?#OH12,” Milano said.