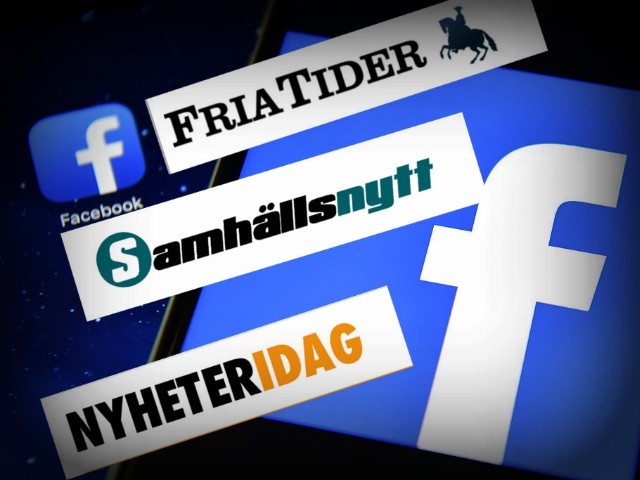 Alternative media news websites accounted for one-third of all the stories shared on Facebook during the Swedish election, according to a report that claims the influence of alternative media has grown in the country.

The study shows that most alternative media sites lean toward the right of the political spectrum and that on issues such as mass migration, they saw an even greater presence on Facebook, Swedish broadcaster SVT reports.

Linn Sandberg, a media researcher at Oslo University, helped facilitate the report along with SVT and said: “We do not know much about reading and reach, but this result gives an indication that immigration-critical alternative media in Sweden have become very big.”

According to the researcher, the “simpler, more sensational and emotionally charged messages” on issues like mass migration that she claimed were coming from alternative media were more successful on Facebook in terms of shares, likes, and other interactions.

Sandberg also explained that users may feel more inclined to share alternative media, as opposed to traditional media, because they may feel that they are spreading new stories that have not been seen by the majority of other users.

“Established media appears a little bit everywhere, so it does not make the same sense to share,” Sandberg said.

On issues of immigration, the Swedish public has become increasingly sceptical of the mainstream media with an Institute of Media Studies report last year claiming that 54 percent of Swedes in a survey they conducted agreed with the statement: “The Swedish media doesn’t tell the truth about social problems associated with immigration.”

In 2016, another report conducted by the Stockholm School of Economics and market researcher company NEPA found that as many as half of the Swedes they spoke to were using alternative media as their primary news source.