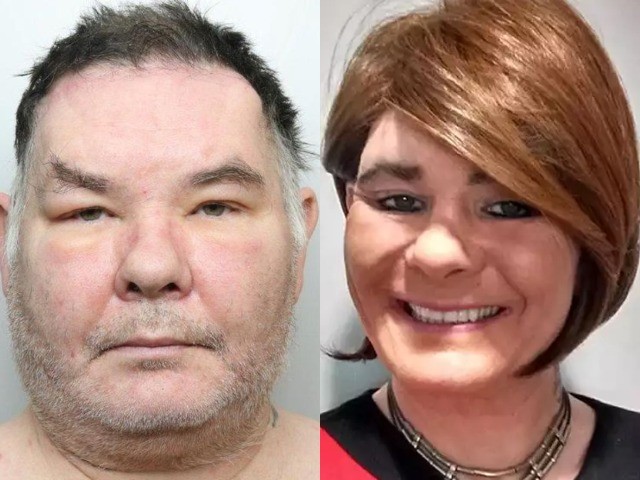 A “predatory and controlling” biologically male rapist has been jailed for life after attacking vulnerable female inmates in women’s prisons whilst claiming to be transgendered and for the previous rapes of two other women.

Karen White, 52, who was previously known as Stephen Wood, identifies as a woman and was allowed into the female prison. She has now been described as a danger to women and children.

White was originally jailed for violent crimes and admitted sexually assaulting the women in a female prison as well as raping another two women outside jail at Leeds Crown Court, PA reports.

She has past convictions for indecent assault, indecent exposure, and gross indecency involving children, violence, and dishonesty.

White was also convicted for wounding and two counts of rape against two women, one whom White violently raped five to six times between January and December 2016 and for raping a pregnant woman in 2003.

The court was told she is “allegedly transgender” and used her “transgender persona” to access vulnerable women and her previous girlfriend has claimed her change of gender is a “sham”.

In the UK, referring to someone as male if they identify as a female can be reported to the police and logged as a “hate incident” with “no evidence” if anyone “perceives” it as offensive.

Passing sentence Judge Christopher Batty told the defendant: “You are a predator and highly manipulative and in my view you are a danger.

“You represent a significant risk of serious harm to children, to women and to the general public.”

“Karen” used her penis in the sexual assaults. If the Govt goes ahead with its plans to allow gender self-declaration, “Karen” will legally be a woman. Are we all just fine with that? https://t.co/OokCg2hDyS

Christopher Dunn, prosecuting, told the court: “She is allegedly a transgender female.

“The prosecution say allegedly because there’s smatterings of evidence in this case that the defendant’s approach to transitioning has been less than committed.

“The prosecution suggest the reason for the lack of commitment towards transitioning is so the defendant can use a transgender persona to put herself in contact with vulnerable persons she can then abuse.”

Mr Dunn described one incident in jail in September last year, when White befriended a woman before assaulting her.

“The complainant, while waiting, felt something hard press against the small of her back,” he said. “She turned around to see the defendant stood there. She could see the defendant’s penis erect and sticking out of the top of her pants, covered by her tights.”

A source told PA White is currently inside a male prison and that is where she must serve at least nine and a half years before being considered for parole.

Outside court, Detective Inspector David Rogerson, of West Yorkshire Police, said: “White has pleaded guilty to a number of serious sexual offences which span many years. White was originally called Stephen Wood and was from the Manchester area.”

The government is currently considering the recommendations of parliament’s Women’s and Equalities Committee, calling for men to be “quickly” legally recognised as women after filling out one form with no checks, treatment, or surgery needed.

Last year the Conservative Party reportedly backed the plan — that allow any biological man to enter female changing rooms and prisons — before the Government Equalities Office changed tack in June and insisted they would not “compromise women’s rights”.

Almost Half of ‘Female’ Transgender Inmates Are Sex Offenders https://t.co/oMvEK6QOhw