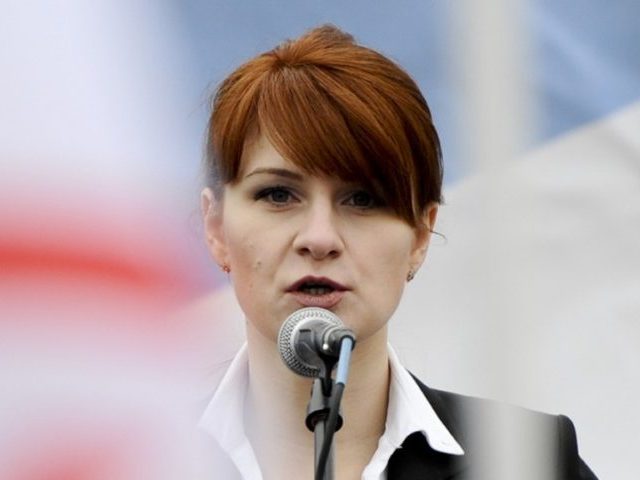 Butina’s deal with federal prosecutors prompted an admission that she worked with Russian officials to paint Russia as a friend to Republicans and the National Rifle Association. She has agreed to cooperate fully with investigators as they examine just how aware her colleagues were of her ties and intent.

In exchange for her assistance, Butina could be released in light of the five months she has already served in prison. Court papers suggest she will be deported after her release. She will, however, remain in custody until the sentence is decided at a hearing on February 12, 2019.

Of course, even the prosecution was forced to admit that her activities were characterized in a way which may have been more theatrical than accurate. She was painted as a sort of Russian “femme fatale” and accused of using sex as a tool in her schemes.

While she did work in the service of Russian officials, charges that she was employed by Russian intelligence and used boyfriend Paul Erickson for access have also been dropped. Butina was hiding in plain sight, making very little effort to conceal her support for a closer relationship with Russia.

According to the New York Times, “prosecutors said in the plea deal Butina ‘agreed and conspired’ with Mr. Torshin and Mr. Erickson — identified in court papers as the ‘Russian Official’ and ‘U.S. Person 1’ — to infiltrate the Republican Party and the NRA and to promote Russia-friendly policies on behalf of the Kremlin.”

Torshin allegedly directed her efforts, while Erickson helped her accomplish objectives for her self-titled “Diplomacy Project.” According to prosecutors, “throughout the conspiracy, Butina wrote notes to Russian Official about her efforts and her assessment of the political landscape in the United States in advance of the 2016 election.”

“Butina also sought Russian Official’s advice on whether to take meetings with certain people,” they continued. “She asked him for direction on whether the Russian ‘government’ was ready to meet with some of those people.” Furthermore, Erickson and Torshin helped Butina to arrange trips to Moscow for prominent members of the NRA.

Rockefeller relative and conservative writer George O’Neill Jr. helped to pay Butina’s bills while she was in the United States and hosted “friendship dinners” that prosecutors say enabled her to “meet individuals with political capital, learn their thoughts and inclinations toward Russia, gauge their responses to her and adjust her pitch accordingly.” O’Neill Jr. has not been officially charged with any wrongdoing.

Butina’s arrest was a result of a Justice Department investigation disconnected from that of special counsel Robert Mueller.