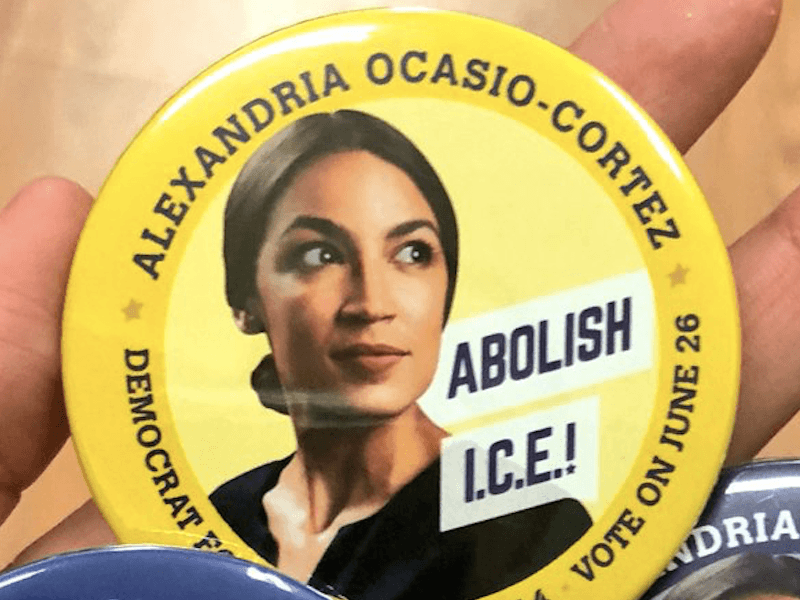 Rep. Alexandria Ocasio-Cortez (D-NY) has released a four-point immigration plan for dealing with the crisis at the U.S.-Mexico border.

Ocasio-Cortez, who toured facilities Monday where migrants are held after being caught crossing the border illegally —  and which she refers to as “concentration camps” — unveiled her plan via Twitter on Wednesday.

The plan begins by calling for more aid to the countries of the “Northern Triangle” in Central America — El Salvador, Guatemala, and Honduras — on the apparent theory that more cash will address what Sen. Bernie Sanders (I-VT) calls the “root causes” of the migration.

Next, Ocasio-Cortez — echoing presidential candidate Beto O’Rourke — demands action on climate change and the implementation of her “Green New Deal,” which she says will reduce the flow of “refugees.”

Finally, she calls for massive spending by the government to stimulate the economy — though the U.S. economy is already growing quickly, and is at the lowest unemployment levels in nearly half a century.

A thread of some of the policy approaches we should consider wrt immigration:

1. Foreign policy: Reinstate US humanitarian aid in the Northern Triangle, where people are fleeing. US should start acting like a real partner in Latin America,& increase visas where we intervene.

2. Climate change: There is broad consensus from military to activists that resource strains (droughts, famine, etc) & nat disasters are drivers of refugees.

People are fleeing places that were once livable &are no longer. It will get worse the longer we do nothing #GreenNewDeal

3. Border policy: As @JulianCastro mentioned in the #DemDebate, it’s time to repeal Section 1325 & 1326, the statutes this admin is using to mindlessly throw people in cages.

We have to take these proceedings out of criminal code & into civil code. Torture accomplishes nothing.

4. Econ: We need large-scale public investment to spur job creation for citizens&immigrants alike. Ideally that investment transitions us to a sustainable economy (climate & income-wise). We are overdue to rebuild American infra&it’s going to take ALL of us & immigrants to do it.

Ocasio-Cortez’s plan does not include any provision for additional border security; for fighting Mexican cartels that smuggle people across the border; or for protecting women and children from sexual assault, violence, or trafficking.