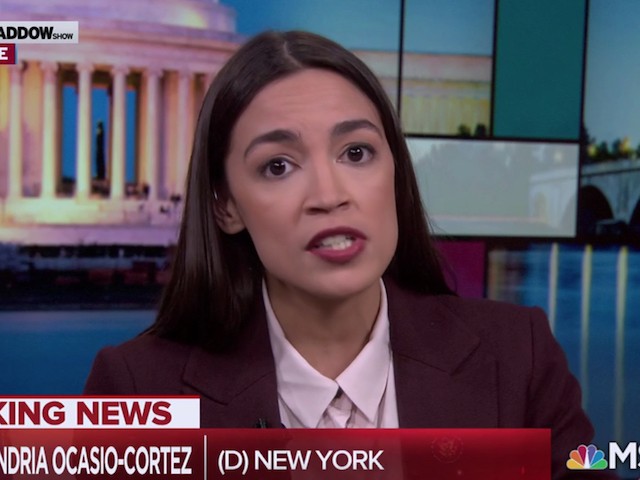 Ocasio-Cortez said, “I cannot tell you the amount of dysfunction that this president is advancing. We now have over 100 new members of the freshman class. I cannot get even get laptops to my caseworkers in the Bronx and Queens to process the needs of constituents. We cannot get casework started because the president decided to hold the paychecks of everyday Americans hostage so that he can fulfill a campaign, I can’t call it a campaign promise, a fantasy. Not only that in the actual address there was falsehood after falsehood and we have to make sure we get the facts straight. Everyday immigrants commit crimes at a far lower rate than native-born Americans. And not only that but the women and children on the border seeking refuge and opportunity in the United States of America with nothing but the shirt on their backs are acting more American than any person who seeks to keep them out ever will be.”

She added, “It’s not surprising because even before he was elected president of the United States he has a proven track record of discrimination against anybody that’s none white in the United States. He had been sued by the Nixon administration back in the day for not renting to black Americans. He has had controversy after controversy, so this is very consistent. It’s not just the continued lies throughout his administration, but frankly, it’s part of a very consistent pattern of his entire life.”

After saying Trump has “racist and violent rhetoric,” Ocasio-Cortez said, “The one thing the president has not talked about is the fact he has systematically engaged in the violation of human rights on our border. He has separated children from their families. He talked about what happened the day after Christmas, on the day of Christmas, a child died in ICE custody. The president should not be asking for more money to an agency that has systematically violated human rights. The president should be really defending why we are funding such an agency when right now what we are seeing is death. Right now what we are seeing is the violation of human rights. These children and families are being held in basically freezing boxes that no person should be maintained in for any amount of time let alone the amount of time they are being kept.”