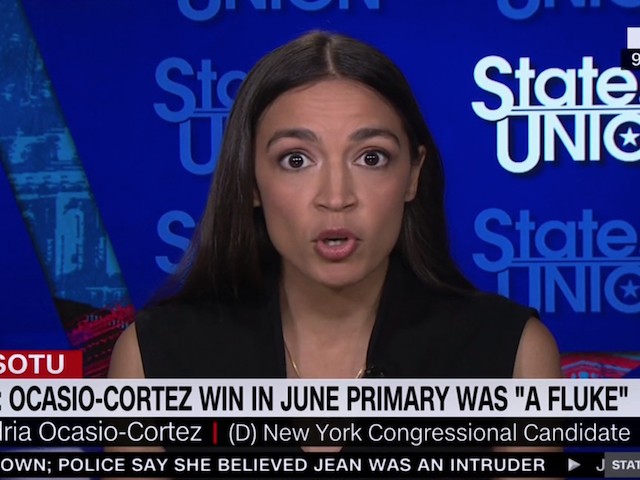 Ocasio-Cortez said, “I think what happened in my family is what happened to thousands of Puerto Ricans. in the neglect and government inaction, there was so little response, so little connection, you don’t know whether a hospital lost power. My grandfather was in a medical facility and he had passed away in the middle of the night. The people who pass way in these storms are the most vulnerable. They are children with illnesses, elderly. When power is not restored, when infrastructure is not taken seriously, these are the first people who pass away in storms. What we saw in Puerto Rico was a mass death of 3,000 people. It was the worst humanitarian crisis in modern American history. Many, many people impacted by this storm point to government inaction as the cause of death.”

She added, “First and foremost there is systemic issue here. That is the modern day colonial relationship that the United States has with Puerto Rico. Puerto Ricans are technically American citizens but do not have the right to vote. They are treated in completely different ways as a normal American citizen. And for that reason you have the chronic neglect of the island. Acute situations like this in which Puerto Ricans continue to be treated like second-class citizens. Puerto Rico was given a fraction of the FEMA recovery as Houston, for example, in Hurricane Harvey. We have Hurricane Irma, Sandy. This is not just an issue of the colonial status of Puerto Rico but us of not addressing climate change either.”