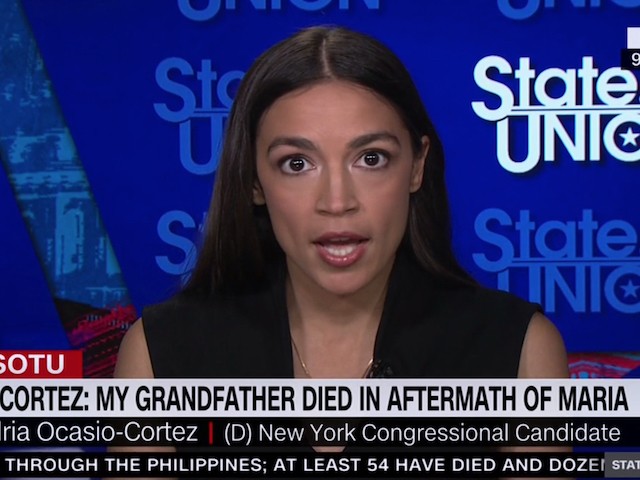 Sunday on CNN’s “State of the Union,” New York Democratic congressional candidate Alexandria Ocasio-Cortez said Brett Kavanaugh should not be confirmed to the Supreme Court until the 35-year-old accusation from an anonymous woman was investigated.

Ocasio-Cortez said, “I believe, first of all, Brett Kavanaugh should not be confirmed to the Supreme Court under any circumstances, regardless an independent accusation.”

She added, “I certainly think that one of the aspects of due process is that we have to hear these things out and he should certainly not be confirmed before this is explored.”