Far-left Rep. Alexandria Ocasio-Cortez (D-NY) refused to give President Biden a sterling job performance rating, telling the New Yorker there are “some things” within his control and his “hesitancy” has “contributed to a situation that isn’t as optimal.”

While Biden previewed an administration with far-left agenda items, many of the goals set by the “Squad” have not been reached, despite Democrats having control of the House, Senate, and White House. 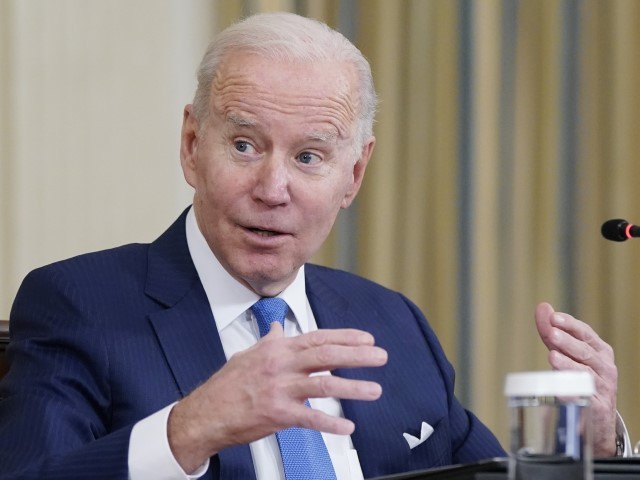 “Much of the Biden Administration’s agenda in Congress has pretty much stalled. A term that began with lofty F.D.R.-like ambitions is now at a standstill. How would you rate the President’s performance after a year?” the New Yorker asked Ocasio-Cortez, who attempted to walk a line, failing to heap praise on Biden but refusing to heavily criticize him either.

“There are some things that are outside of the President’s control, and there’s very little one can say about that, with Joe Manchin and [Kyrsten] Sinema,” Ocasio-Cortez said.

“But I think there are some things within the President’s control, and his hesitancy around them has contributed to a situation that isn’t as optimal,” she continued, citing worries of what she called “analysis paralysis.”

“And we don’t have much time. We should really not take this present political moment for granted, and do everything that we can,” she said.

“At the beginning of last year, many of us in the progressive wing—but not just the progressive wing—were saying we don’t want to repeat a lot of the hand-wringing that happened in 2010, when there was this very precious opportunity in the Senate for things to happen,” she added, suggesting Biden is having “reluctance to use executive power” to achieve far-left goals, one of which, she said, is student loan debt cancellation.

“One of the single most impactful things President Biden can do is pursue student-loan cancellation. It’s entirely within his power. This really isn’t a conversation about providing relief to a small, niche group of people. It’s very much a keystone action politically,” she said, suggesting his refusal to take action has “demoralized a very critical voting block that the President, the House, and the Senate need in order to have any chance at preserving any of our majority” in the midterm elections.

“The President has a responsibility to look at the tools that he has,” she said when asked what is achievable before the midterms for Democrats.

Recent surveys show Republicans taking a clear lead over Democrats ahead of the midterms, which will decide which party will have control over the House and Senate for the remainder of Biden’s term.