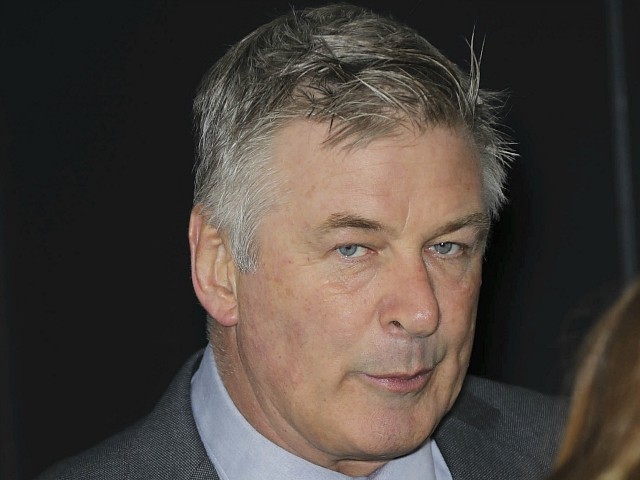 Saturday Night Live star and left-wing activist Alec Baldwin made his latest call for the country to oust President Donald Trump on Wednesday, describing him as a “National Socialist tumor” that is growing “day by day.”

The comments were part of Baldwin’s call to “get rid” of Trump, with many anti-Trump activists hopeful that the Democratic Party’s regaining control of the House may provide a possible path to impeachment.

“The United States has a National Socialist tumor in its body and it is growing day by day,” the actor wrote. “This alone should compel you to do everything in your power to get rid of Trump.”

The United States has a National Socialist tumor in its body and it is growing day by day.

This alone should compel you to do everything in your power to get rid of Trump.

The 30 Rock star’s comments were on the Twitter account the Hilaria and Alec Baldwin Foundation, which claims to support causes within “arts and culture, health, and the environment.”

The term ‘National Socialist’ originates from Adolf Hitler’s German Nazi party in the 1930s, otherwise known as the National Socialist German Workers’ Party. In modern times, the term is used by various far-right ethno-nationalist movements, including some groups involved in the Unite the Right rally in Charlottesville last year.

Baldwin is known for his repeated outbursts at Trump and his administration, which he has described as full of “bandits, whores, and thieves.” Last month, he revealed that he wakes up every day “horrified” that Trump his president.

“Every day I wake up, I still am horrified,” the 30 Rock star told reporters at a New Hampshire Democratic Party dinner. “I feel like I’m in some dream that Trump is president of the United States. I almost can’t even say it.”

Earlier this month, Baldwin was arrested in New York after allegedly punching a man in the face. The incident added to Baldwin’s long history of fights, tantrums, and outbursts, that have included everything from attacking paparazzi to threatening a female reporter.